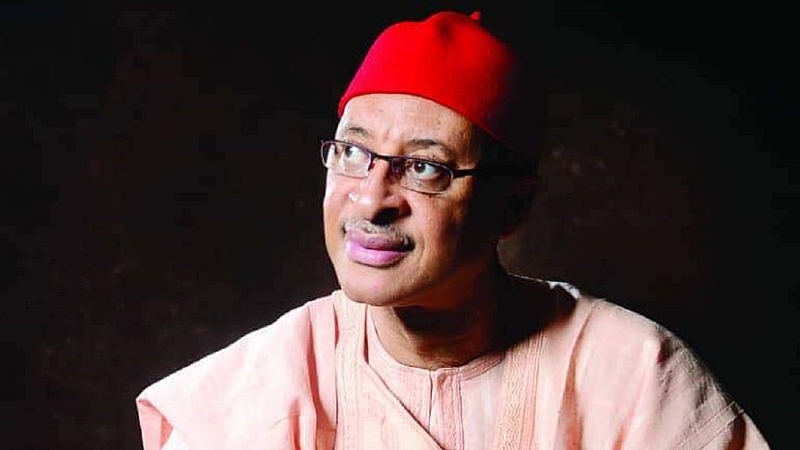 Factional governorship candidate of the All Progressives Congress, APC, in Delta State, Prof. Pat Utomi has warned Vice President Yemi Osinbajo to tread with caution on the party’s crisis in the state or lose everything as pastor, professor of law, and rights activist.

Utomi, who disclosed this in a statement yesterday, said he had advised the vice president against allowing himself to be dragged into “evil collaboration.”

He stated: “You may have heard rumours about meetings with the vice president. As I said clearly to the VP in the presence of all, the exercise was a waste of time. It was coming too late and wrongly motivated.

“As a friend of many years, I suggested to him that he was in danger of risking everything as a pastor, professor of Law and Civil Rights champion by allowing himself to be dragged into collaboration in evil.

“When I left Asaba on Monday and spent four hours in traffic just to cross the Niger Bridge to get to Owerri to catch a flight to Abuja to attend the meeting with the VP, I was painfully reminded of the burden of rescuing Delta.

“The matters remain simple. What Jones Erue and company did in Asaba on September 30 violates the rule of law and our country’s constitution. We are in court following due process to set that aside.

“Secondly, the body of the Party representing the majority of APC members led by the Cyril Ogodo Executive Committee which was properly sworn in by the National Chairman of the Party at the time, Chief John Oyegun nominated me Candidate.

“Following due process in court we expect to get Justice and claim the seat.”