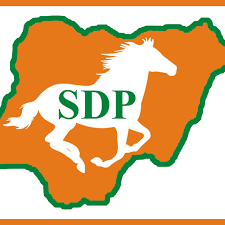 The Osun State High Court sitting in Osogbo, the state capital today, August 1, 2018 adjourned further hearing on a suit filed by some members of the Social Democratic Party seeking the nullification of the congress that produced Senator Iyiola Omisore as the governorship candidate.

Besides, they urged the court to fully restore the old executive status of the old party executive in the state and also recognize the primary election where Barrister Kehinde Atanda emerged as the SDP flag bearer in the state.

Two state officers of SDP, Alhaji Rasheed Mayowa and Chief Azeez Alakinde-Ismaila had gone to court, asking that the national body of the party be prevented from organizing any fresh congress in the state and that by the congress that produced their executives in 2016, their tenure ought to have expired by 2020.

When the matter came up before Justice David Oladimeji, counsel to the plaintiffs, Barrister Olayinka Sokoya moved a pending application seeking the cancellation of the factional SDP congresses held on June 30, July 1 and July 7, 2018 on the premise that they were conducted in disobedience to orders made by the court on June 29 and July 1.

He canvassed for the reversal of all actions taken by the Dr. Bayo Faforiji’s led executive, saying until parties return to the status-quo, any application moved the defendants cannot hold water “because it will be difficult for you to disobey court orders and still return to the same court and expect to be heard”.

According to him, the factional congresses were the bedrock of the primary which produced Senator Omisore as the party’s flag bearer and that it was like a Siamese twin that would be difficult to separate.

Counsel to the Social Democratic Party (SDP), Barrister Kehinde Adesiyan opposed to application, insisting that his clients have not in any way disobey court orders but rather accused the court of unjustly refusing to entertain the lack of jurisdiction application he brought.

However, Omisore’s lawyer, Bar. Adeyeni Adetise argued that his client has nothing do with the suit, wondering why he was joined in the first instance, “He was not the one who conducted the said congresses and he is not supposed to be part of this matter”.

The Presiding Judge noted that since the suit is an election matter, the case should be treated with utmost urgency just as he directed all parties to ensure all applications and other processes are filed and served without delay. He thereafter adjourned the continuation of hearing of the matter to Tuesday, August 7, 2018.