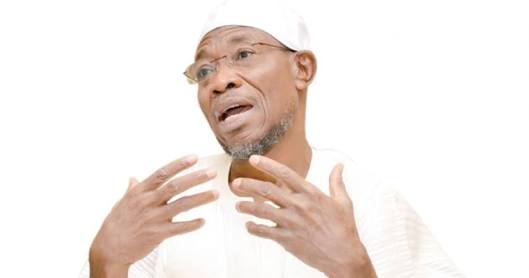 ‘Dreams have only one owner at a time. That’s why dreamers are lonely.a�� – William Faulkner

Reactions have continued to trail the publication of my article, entitled, ‘2018: the governor Osun needs’ (See a�?The Suna��, March 2, 2018): some satisfyingly soothing; some, not too good; others troublingly disappointing! While some commentators saluted my courage for putting together such “a brilliant and balanced piece at such a critical time in the history of dear state”, others accused me of acting so pusillanimous that I failed to insist that it’s the turn of a particular zone of the state to produce the next governor. Some even went as far as condemning me for a�?sellinga�? my a�?conscience to a particular All Progressives Congress (APC) chieftaina�?, who, on my honour, I can’t even recognize in a crowd of three. But let those who do not know me well enough be informed that my interest as a key stakeholder in a�?Project Osuna�� does not go beyond my concern for its future. After all, I have no other state I can call home than this a�?Land of Virtue.a��

That said, let me sympathize with those who are accusing Governor Rauf Aregbesola of playing games with the issue of succession because they have forgotten that governance is chiefly about finding a need and fulfilling it. On the other hand, those hawks who once made the state ungovernable for commonsense but who have suddenly transmuted into apostles of mischief need to realize that these are trying times for Nigeria and that Osun is a constitutive constituent of a country trying to find its feet after many years of despoliation, depravity and despondency. Irrespective of whatever anybody may think or say therefore, the salient truth is that Aregbesola has done well for the State of Osun. The rest is left in the hands of posterity to judge him as appropriate. Also, whatever may be the opinions of naysayers, what cannot be taken away from this man of incredible resilience is that he has passion for this state and that he has always acted swiftly to confront the challenges which sometime attempted to damage its tranquillity and coexistence.

Aregbesolaa��s government has succeeded to a large extent in inculcating in the people a national and moral rebirth that will inspire them to do things that will be beneficial to the people. His approach to wide-ranging infrastructure development programmes and economic growth has been pleasingly massive; his delivery style, hugely impressive; and his method of tackling accumulated failings of the past, terrifically decisive. Talking of material things, his coming to be governor was no doubt a loss to him. The comforting truth resides in the fact that, what he lost in terms of material things, he has gained it by writing his name in gold.

a�?Ogbenia��, as he is fondly called, has added world-class buildings to existing school structures in Osun and constructed more than 1000 kilometers of both intra- and inter-city roads across the state. He has fed pupils and provided job opportunities for those who, ordinarily, would have been roaming our streets, unfed and unkempt. The issue of Internally Generated Revenue (IGR) has been resolved to a certain level and the story of Osun social protection, adjudged to be the first of its kind in Africa, has been one of tremendous success. It is gratifying to note that most of these robustly designed and perfectly implemented intervention programmes have been adopted nationally and internationally. His administrationa��s vision of getting at least 10% of the N3.3 billion daily food exchange bill in Lagos has largely been accomplished and expansion of the statea��s economic base through diversification and increase in production has been awesomely realized. By so doing, this symbol of courage has shamed those who, for obvious reasons, have refused to purge themselves of all their presumptions that governance is all about doling out free money to the people.

While other states were wallowing in the cesspool of salary conundrum, courtesy of national economic crunch, Aregbesolaa��s government creatively adopted the salary apportionment modelwhich “makes workers from grade level 08 and above collect between 75 and 50 per cent of their salaries.” He also purchased Armoured Personnel Carriers (APCs) and several patrol vehicles, in addition to provision of other logistics, for the use of our security agencies. I doubt if those 87 medical students from Osun State University who were sponsored by this administration in 2013 to study Medicine at Karazin V.N Kharkiv National University in Ukraine will forget the governora��s gesture in many years to come! The beauty of this entire story is that the governor has broken barriers and set new records which will be difficult even for cruel foes to beat.

But then, the reality of our circumstances is that Osun has gone too far to be relegated to a state reeling or sleeping in pains. So, is September 22, 2018 about Aregbesola or should the governor give an indifferent shrug in a matter as sensitive and as important as electing his successor? Well, while the impression that post-Isiaka Adeleke controversies have weakened Aregbesolaa��s political machine is puny, pallid and castrated, the funny side of our Nigerianness is that those who once rejected Obafemi Awolowo as their leader have not only suddenly become madly in love with a�?Awo capa�� as a stamp of a�?ideological solidaritya��, they have also surrendered their surnames for the late sagea��s as the preferred passport to power and patronage.

In this part of the globalized village where risks like social exclusion, stigmatization and marginalization are commonplace scandals, Osun needs a man of intelligence, integrity and industry; a man of purpose whose humility is legendary and a governor who can sincerely key into this administrationa��s Six Integral Action Plan. Personally, I have a dream that Aregbesolaa��s successor will detest handouts-from-Abuja-compliance. Instead, he will appreciate personal sagacity and political shrewdness in seeking solutions to political logjams and socio-economic upheavals. Above all, he will be loaded upstairs, ready to put more boots on the ground in the interest of the state, the people and humanity as a whole.

May the Lamb of God, who takes away the sins of the world, grant us peace in the State of Osun!