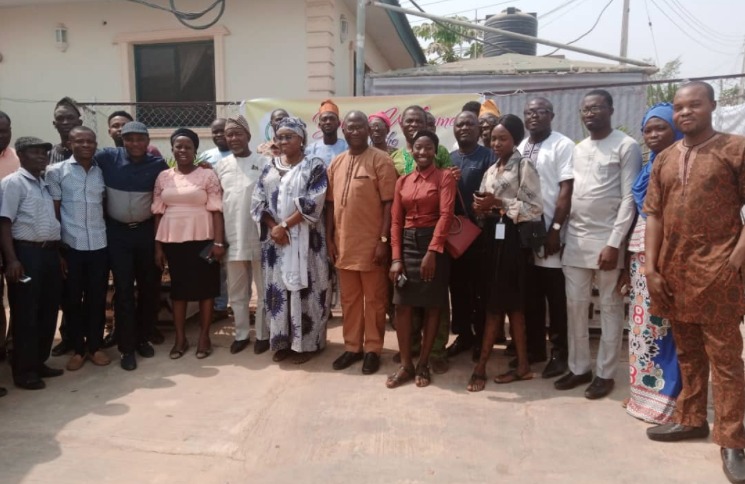 The Osun State Agency for Community and Social Development Project (Osun-CSDP) today organised a capacity building training for journalists in the state on the appropriate manner and language of reporting community and social development projects, particularly the CSDP interventions in the state.

The training which took place at Ben-Ber Foundation in Osogbo, the state capital was attended by top journalists from reputable media organizations in the state including the radio and television stations, newspapers as well as the online media platforms.

The General Manager of Osun-CSDP, Mrs Funmi Abokede while addressing the participants explained that the training was aimed at developing the capacity of journalists in the state to report community and social development projects of the agency.

Abokede noted that the training was also an avenue to enlighten and sensitize the newsmen on the appropriate and acceptable language of operation of CSDP and to also present the scorecard of Osun-CSDP to the journalists.

The GM used the occasion to commend Osun State Government and the World Bank for their support towards making life better for the less privileged in the state including those that are vulnerable such as children and persons that are living with disabilities.

She commended the state Governor, Mr Gboyega Oyetola for passionately ensuring that the poor and indigent indigenes and residents of Osun in their various communities also benefit from government and enjoy dividends of democracy through CSDP interventions.

Abokede noted that the Osun-CSDP which started in 2009 under the administration of former Governor Olagunsoye Oyinlola has made significant impact on the lives of the people in various communities across the state.

She added that the agency is striving to aid development in the state in alignment with the development agenda of the administration of Governor Oyetola whose commitment to community development and better life for the people of the state remained a propelling factor for Osun CSDP.

Abokede said CSDP has adopted Community Driven Development (CDD) approach and urge the journalists in the state to disseminate appropriate information to the people on the activities of the agency.

The CSDP GM also tasked the newsmen to visit CSDP projects independently, speak with beneficiaries and do reports that would further educate them on the need to take ownership of projects in their various communities so that they would maintain the projects very well for the sake of sustainability.

The former Chairman of the Correspondent Chapel of the Nigeria Union of Journalists, (NUJ) in the state, Mr. Gbenga Faturoti who was among the participants lauded Osun-CSDP for assisting communities to enjoy social amenities.