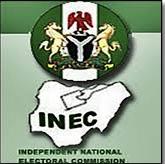 The Osun State Chapter of the National Conscience Party, NCP, has petitioned the Osun State Independent Electoral Commission (OSSIEC) over its demand of compulsory payment of N100,000 by candidates of all the political parties participating in the Local Government Elections slated for January 27, 2018.

The party also threatened to take a legal action on the commission if it refuses to withdraw the charges within 7 days.

In the petition addressed to the Chairman of OSSIEC, Otunba Segun Oladitan by Yinka Muyiwa Esq. on behalf of the Deputy National Chairman, South West of the party, Alhaji Waheed Lawal, NCP wondered why the electoral body would place such a huge administrative charge on all candidates desirous of leading the people at the grassroots.

According to the petition obtained by our correspondent in Osogbo, the party said the charge which was announced on October 18, 2017 during the commission’s meeting with political parties is in aberration with the nation’s constitution as well as a subsisting judgment of Justice Jimi Bada of the Osun State High Court, Osogbo on March 16, 2004 which declared that the charge is invalid.

The National Conscience Party NCP solicitor said it was the duty of the government to make provisions for the funding of Administrative activities of your Commission and not the candidates of the Political Parties or the Parties under any disguise.

The party also referred OSIEC to the March 16, 2004 judgment of Justice Jimi Bada in the case of National Conscience Party & 6 Ors Vs Osun State Independent Electoral Commission & Anor with the SUIT No: HOS/M.3/2004 where it was held that:

“Why should the Defendant in this case want to make life difficult or try to dis-entitle those who are interested in standing as candidates at the Local Government Council Elections who are the closest to the people at the grassroot? It is the duty of our courts to see that Justice is not only done, it must be seen to have been done and the rich should not be made to have advantage over the poor masses. Those who are rich and those who are poor are equal before the law.”

“A person may be rich and be able to pay nomination fee but it does not necessarily follow that he is honest, and a person may not be able to afford the payment of any fee and he may be honest, responsible and patriotic.”

The party however threatened to institute an action against the commission and the Osun State Government if the Chairman of OSIEC does not withdraw the charges.