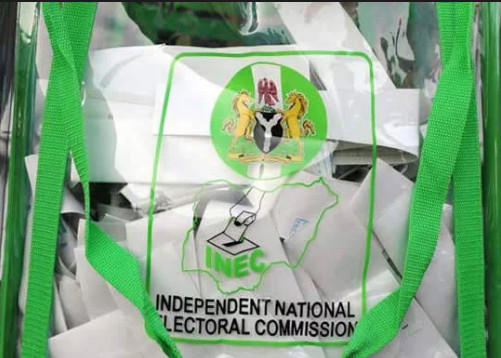 The drumbeat of electoral campaign is gradually dominating the airwave in Osun state. Political candidates daily propagate their usual promises. Voters expectedly will be overwhelmed if not now but in the next few days. We must insist on strict focus on issues that must drive this campaign.

The water is sure to be muddled up. We will witness diversionary tactics designed to bury the real issues at stake. Exploiters of voters’ weaknesses will pump so much money into irrelevant electoral issues. They will want you to forget the unpaid salaries, the pains of pensioners,the unacceptably high public debt, the highly inflated capital projects schemed for fund movement to Lagos, the neglect of critical heath sector among others. Suppressing news of misrule will attract enemies of the people.

The oppressors of the people are eager to blind the public to the disruption of education sector leading to low state performance in national education performance. Issues bordering on bastardization of public service ,destruction of local government system,the ugly depression at state tertiary institutions, the general high level of poverty among the people and more are areas the anti-people government would want silenced. Huge effort is going into suppression and diversion strategies and tactics.

The goal is to make people forget their pains and agonies. They operate on the premise that the voters, the masses are gullible, easily swayed and manipulatable. Their assumption is that people of Iwoland can be lured to forget the criminal neglect of the past eight years,that Igbomina people can forgive the glaring maltreatment of the zone,that Ede and Ejigbo federal constituency can overlook several awarded but unexecuted capital projects, that Ijeshaland can overlook the several unkempt promises, that Ife people will abandon their traditional hatred for Lagos exploiters.

Osun people are not stupid, nor fools. Our people are cultured but highly politically sensitive and educated. It may take them time to see evil but once identified, they waste no time to move towards light. Like you can fool people for sometime but not all the time. Efforts to create change of watch is failing daily going by activated mood of the populace. There is an unstoppable urge to change the change because the change has brought pains and agonies to the people. A simple comparative study of standard of life before and after the incumbent government has tutored the people that the status quo should be fundamentally rejected.

The phrase fundamentally rejected implies a movement towards light and a total rejection of anything associated with the status quo. In that case,two candidates of the APC and ADP are the sides of the same coin. Any candidate who is part of the Aregbesola government is part of the evil that has ravaged the state for the past eight years. Never will poison rapped in chocolate be acceptable to Osun people. A scribe to a political Satan is worst than even the Satan himself. Osun people can not and will not yield to the sensational rebranding of evil in angelic robe.

Osun voters are fixated on political light after years of political darkness. To Osun voters ,the real issue at stake are unpaid salaries, maltreatment of pensioners, integrated institutionalized corruption, grinding poverty, deliberate capital flight, bastardisation of public service, inhuman neglect of health sector, deformation of the education sector among other governance evil. The above represents the political darkness that has enveloped the state and intensely ongoing is the search for a solution provide, a governor who can from the first day, tackle pressing matters.

Osun voters aside rejecting servants of the political Satan are looking for a Governor with certain attributes. Can he muster the financial resources to in the interim provide succor to the suffering Osun people? Does he has the family background of public service ? Is he an hungry looter of public treasury or a booster of treasury? Has he transparently demonstrated capacity to serve the people without fear or favour? Is he a sadist who care not about people’s welfare or a confirmed humanitarian? Does he have genuine pro- people plan and agenda?

Voters are less concerned about where you schooled or what qualification you are holding. They have witnessed governance under degree holders; they knew of governance under Lateef Jakande,a secondary school certificate holder. Voters know your performance in government has nothing to do with your educational qualifications They want a Governor who can put food on their table,who can stop half salary ,who will treat the people humanly,who will emphasize human development rather corruption ridden infrastructure programmes.

Informal surveys across the 30 local governments confirm that Osun voters want a solution provider, a bringer of succor, prosperity booster. They hate sadists,inhuman leaders and looters of treasury. The gravitation towards political light is open and clear. That political light possessing all the requisite attributes of humanitarianism, philanthropism is no other person than the scion of Adeleke family,Senator Ademola Adeleke.

Multi- million naira diversionary project is failing before take off.As put by motor spare parts dealers at Ibara market Ilesa,” we are no more fool,we are wise now. We have rejected broom of evil for light of prosperity. That is the unchangeable reality all over Osun state.

Rommy Mom: The Man with passion for community advancement

A theatre of absurdities

13 thoughts on “Osun Polls: The Real Issue At Stake”