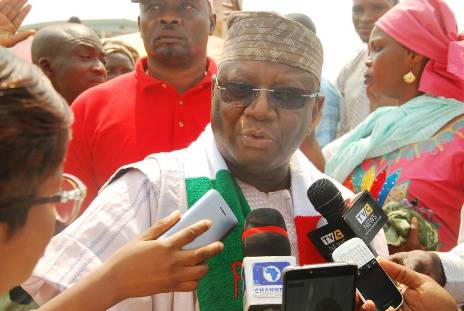 A governorship aspirant of the Peoples Democratic Party in Osun State, Oluomo Gbenga Owolabi has assured workers in the state that they would not suffer under his watch as governor of the state.

Owolabi gave the assurance in his felicitation message to workers in the state on the occasion of this year Workers’ Day celebration.

He lamented that the situation concerning the welfare of workers in the state at the moment is pathetic. He assured the civil servants in the state that their welfare would be his top priority when he becomes the governor of Osun State.

“Only a callous man would deny the workers of their salaries and other entitlement. The workers shall be paid promptly under our government when we send the Rauf Aregbesola led All Progress Congress (APC) administration away in September”.

“The idea of paying half salary to workers is strange and unacceptable. We will give priority to the payment of salaries of worker and the civil servants and the retirees will not suffer under my watch as the governor of Osun state. ”

“The prompt payment of workers salaries is one of the factors that can stimulate our economy because wages and salaries payment affects the GDP of the state”, Owolabi noted.

Why I Heed To Clarion Call Of My People To Re-contest… Hon. Wakawa

8 thoughts on “Osun workers will not suffer under PDP government – Owolabi, Governorship aspirant”