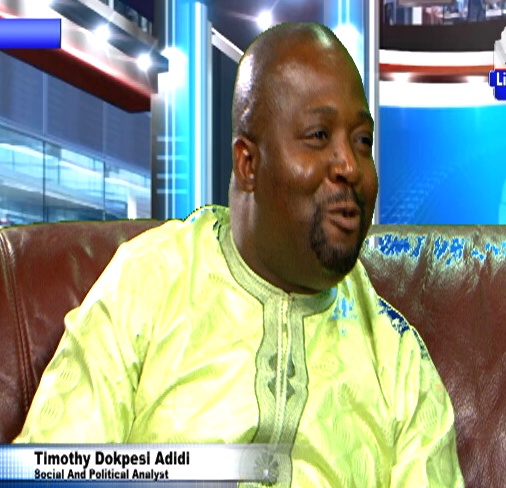 I had Expected The Govt. To invite Mr. Sowore and not to arrest the young man

Fellow Nigerians,
I remember vividly in Filipino History when the Spaniards were colonising the Philippine territory and at a point due to the manner the Spaniards treated the Filipinos the people told their leader Jose Rizal then that they wanted a revolution to sent the Spaniards parking from their country. The Great Jose Rizal who was highly respected and almost worshipped by the Filipinos in his response to his people said “For every revolution that must succeed in the world and for all the revolution he had studied not have ever succeeded through the barrel of the gun but by the power of the pen and that for any revolution to succeed the victims must be assured that they are more powerful than their colonisers”. Although, I cannot get the words verbatim but I paraphrased it so that the message as given by Jose Rizal is clear to the reader. What a rational mind will ask is if Jose Rival’s admonition will be very appropriate for a time like this in Nigeria. What we don’t know is if the kind of revolution sought by the Filipinos was a violent revolution or a non- violent revolution. In any case, one thing is very certain and which is, there is no revolution that hardly comes without bloodshed even if the intention of the revolution is a nonviolent revolution.

Nonetheless, it is very important for me to make it clear and make my in put in the said revolution organized by certain persons because I am not sure of the details. With information available in the social media and online dailies, the Director of Sahara reporters have been arrested about yesterday or two days ago because he Mr. Sowore planned a revolution on the 5th of August, 2019. I have gone online to also search for a flyer or poster and even asked people what is the nature of the revolution? I have also interrogated if the word used exactly in the dissemination of the Publicity was “revolution” or a “protest”, or “civil disobedience” and no one is very sure the exact words used but all what we hear on social media and news is that it is going to be a “revolution”. This is were first and foremost I will need Mr. Sowore to explain what exactly does he want Nigerians to join him for so that we know what we are going into.

Now if within the context of the word “revolution” then Mr. Sowore will be making a serious risky venture and his advisers don’t mean well for him. I can assure Mr. Sowore that his intentions are very good but it is very difficult to understand his intentions. Some of us who have understood vividly the problem of Nigeria know very well that if revolutions would be our solution we would have started it long ago but we know we are coming from a country were heroes are rarely appreciated and it’s citizenry hardly know what it wants as a people and as a Nation. When the former President Rawlings of Ghana set Ghana on a revolution which has not really changed the Country’s socio-economic development as one would have expected it to be, the former President Rawlings to some extent regretted what took place in Ghana for the very fact that innocent people died and innocent people as he said ought to die. Are Nigerians ready to die for this enormous responsibility of a revolution when we have a collective sense of deep amnesia that has brought us into this state of quagmire since the day we got our independence and when during the days of the military we are even prepared not to be comfortable with Democratic processes but preferred the hard and rule methodology.

It is very difficult for us as a people here in Nigeria to anchor a revolution if Mr. Sowore understands the dynamics of Ethnicism and religious extremism that has swallowed our common destiny as a people and yet we even still battle with curing the political apathy that has made us as a Nation politically handicapped. An effective revolution comes through the process of participatory democracy and until we understand this dynamics in the Nigerian Polity Mr. Sowore will be disappointed. If Nigerians believe the elections were not free and Fair did they have to wait up to this point before they shut down this Country? But it is because we believe in the rule of law and the democratic process that is why we are waiting for the election tribunal; but if after the elections tribunal have concluded and passed judgement how will Nigerians know that the judgement is fair when we know already that in our country Nigeria justice is given to the highest bidder and he who pays the piper dictates the tune.

Mr. Sowore, our democracy as we can see is not yet matured and vibrant for a revolution. Revolution comes with democratic maturity and with enlightened citizenry devoid of Ethnicism and extreme religiosity. Nigerians are not a resilient people when it comes to things of this nature. There is a fatigue that comes with protest, civil disobedience in Nigeria. In fact, any revolution now in Nigeria is calling for war because it will definitely translate into ethnic sentiments and religious colouration. Our democracy is still to have a constituent political morality, our democracy is yet to be vibrant with a hygiene that can puts it’s people on its toes towards participatory democratic dividends.

What I expected government to do was to invite Mr. Sowore and not to arrest the young man who despite my misgivings about revolutions also has his fundamental human right. He has the right to protest if really it was a protest he organized and even if it is a revolution he has the right to embark on a peaceful revolution which comes with nonviolence. My questions is how can it be achieved in Nigeria when a hungry man is an angry and people will take advantage to steal, kill and destroy.

Let me takes us back to the Philippines again in 1984 when President Marcus was to leave Malacanang as a military dictator. The revolution was peacefully led by a Cardinal Sine who on a Sunday during a led a protest that ended in a peaceful revolution which again took a little percentage of people’s life. At this point the people were resilient after thirty eight of the rule of President Marcus and this became very successful. Let us remember it was after thirty eight years and here we have a government that will be in power for another three years whose policies are yet to be unraveled and yet we have the constitutional framework that there are going to be periodic elections to remove a president so that the people can have their way. Nevertheless, there are many ways things can be done; we might have a genuine case but the way and manner we go about it matters much.

I think Mr. Sowore can begin from a peaceful protest to civil disobedience and from there who knows it will be a peaceful revolution. As it is now the Nigerian ground is not fertile for any viable revolution at the same time our government should read the signs on the world.

Long Live the People of the Federal Republic of Nigeria

OF A FLOOD FREE LAGOS…

That Summon By The Senate To The Inspector General of Police

7 thoughts on “Our Democracy is Not yet Matured And Vibrant For A Revolution.”