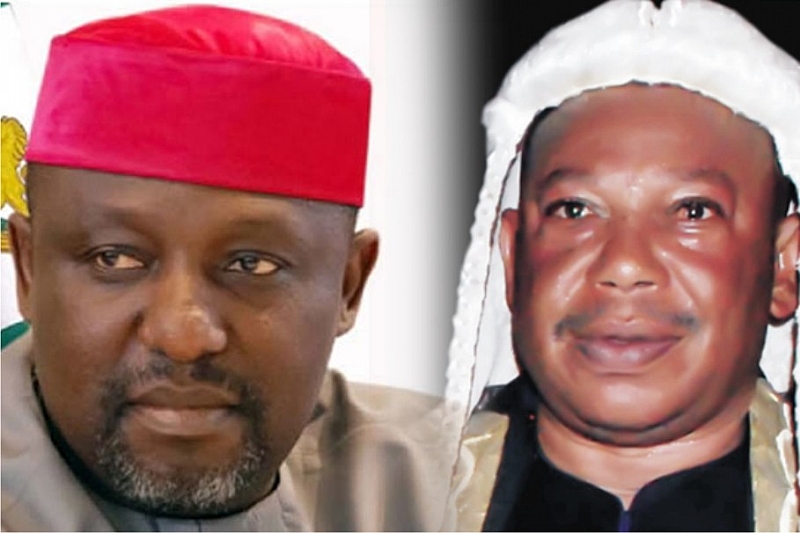 While tongues have continued to wag over the large scale mismanagement and misappropriation of Imo commonwealth, the latest is the missing OCDA N37 billion endowment funds, which previously had revered Imo sons and daughters as trustees.

A concerned worker, name withheld, in Government House has revealed that if the dangerous growing feather of avarice is not plucked out of Chief Okorocha, it will make him to fly an ordinary pitch and keep people in severe fearfulness.

Pray, people are already frightened to the bone marrow as they are dimmed by the monumental plundering going on by one man with the family members against the people of the State as financial experts are of the view that what has been committed in Imo will affect generations to come.

The puzzle was how N37 billion endowment fund of the State, accruable from some percentage earnings of the State ventures, which include OCDA , Imo Transport Corporation among others, took flight.

The report has it that the signatories of the said account were men and women of unimpeachable character especially Clergy of proven untainted character. Investigation revealed that Governor Okorocha through the Speaker of Imo State House of Assembly with the signatures of some of the unpatriotic lawmakers was able to access the fund.

Some of the lawmakers involved in the unholy deal were promised N50 million each but unfortunately were disappointed as the number one citizen of the State in his tradition tricked them while the Speaker was the only one who was said to have been given N50 million after the deal though with a promise of Deputy Governor position.

One of the lawmakers who preferred the condition of anonymity revealed that the said N37 billion was an endowment fund preserved for the rainy day or in event of natural disaster or in times of grave economic hardship.

The question is where is Imo the Endowment fund? What was it invested in? Some Imolites are already grueling in rage and pain over what they described as rape to the State. Could it have been stashed away in the foreign banks?

The onus lies with Okorocha to speak up and explain why he chose to clandestinely bypass the trustees who are the signatories of the fund.

The Clergy especially our revered Bishops should also speak up if they were consulted before putting a finger in this supposed sacrosanct savings for the rainy day.

It must be established that it was under the watch of Barr Obinna Amagbula that the evil deed was committed where he was allegedly given the sum of N26 million for paving the way as the then OCDA General Manager.

Concerned Imo citizens are crying for justice and they insist that justice must be served to those who thought good of evil.

Imo people expect that those so accused should speak up and clear themselves from the evil deed and if they feel otherwise, they should explain to ndi Imo what happened and why they chose to bypass the trustees to perpetrate their deed.

IPOB Is Not A Terrorist Group – Ooni