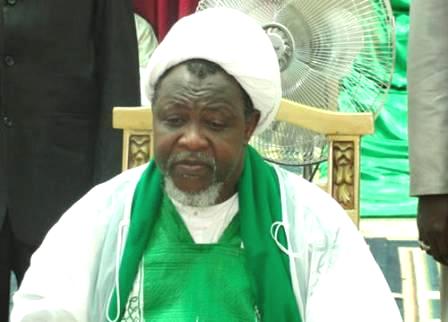 Nigerians have berated the Federal Government over its claim of spending N3.5m monthly to feed the detained leader of the Islamic Movement of Nigeria, Ibrahim el-Zakzaky.

They called on the Federal Government to obey the court order granting the Islamic leader bail to put a stop to feeding him with N3.5m monthly.

The Minister of Information and Culture, Alhaji Lai Muhammed, made the claim in a video that went viral on the internet on Thursday.

Nigerians noted that the government might have spent over N120m to feed the Islamic cleric since he was arrested and detained in December 2015 after his followers were engaged in a bloody clash with the convoy of the Chief of Army Staff, Tukur Buratai, in Zaria, Kaduna State.

Muhammed, who was apparently addressing reporters, was heard saying in the video that he was giving the journalists the information off the record to serve as background to their reports.

One of our correspondents reported that the video which was on YouTube had the watermark of an online television, OakTV, and was uploaded on Wednesday.

The video has ‘Finally, Minister of Information, Lai Mohammed, opens up on El-Zakzaky, Shiites’ as its title.

Mohammed, in the video, said it was wrong to liken what was happening to El-Zakzaky, whose followers have been engaging security agents in confrontation since his incarceration, to what happened to the late leader of Boko Haram, Yusuf.

He said the IMN leader was undergoing criminal prosecution in Kaduna State and the court had denied him bail.

The minister explained that instead of detaining him in a prison, the Federal Government decided to hold El-Zakzaky in a building belonging to the Department of State Services.

He said the Islamic cleric was eating whatever he liked in detention.

“It costs the government about N3.5m every month to feed him,” the minister declared.

When he noticed that reporters murmured, Mohammed explained to them that he got the figure from the relevant government agencies upon enquiry.

At that point, the Minister of Transportation, Rotimi Amaechi, who was apparently briefing journalists with Mohammed, jokingly told him (Mohammed) that he too was willing to be taken into custody.

Justifying why he volunteered the information off the record, the minister described the issue involving the IMN as a sensitive one.

“So please, we don’t want to inflame passion. The issue is a very sensitive matter. But that is the situation,” the minister said.

Some readers on PUNCH Online berated the claim of the Federal Government.

A reader with the username Emmanuel said, Chai oga Lai, why have you openly decided to expose the corruption in DSS?”

Another poster with the username Ojays said, “I bet by the time APC finishes with Nigeria, their four years will be worst than PDP’s 16 years. The party is populated by a bunch of Omo oju o rolari (poverty-stricken politicians, coming to the centre for the first time and stealing everything.

“How can you tell us you’re feeding a detainee with N3.5m per month? We know that the currency has no value but all the same.

“I read Ngige saying 30k is enough for a family of six– husband, wife and 4 children. Let’s ask him to try it for two months. I wonder if they’ll not transport themselves to work, school, generate electricity, provide water, security, housing and health. I bet corruption is doing “pressing up,” to quote OBJ. We need a revolution in Nigeria.”

Another reader with the username Olusola Idowu, said, “This is a rogue government; we finally know why they are detaining people without respecting the court order; to steal money in the name of feeding the detained!”

A poster with the username Nwa Africa said, “Then allow the man to go if you are feeding him with N3.5m every month… Lying APC party.”

Holy Wahala who was one of the posters, said, “N3.5m monthly multiplied by the number of Shiites in their detention is how much this wicked Buhari’s government steals from our treasury while disobeying several court orders to free the blind old cleric.

“What is Pastor Osinbajo still doing in this govt? Watching idly as a fellow cleric is detained against the constitutional law he taught at the university level.

“No sane man of God would serve under Buhari, much less tolerate this inhumane treatment he metes out to fellow human beings. If it costs N3.5m per month to feed a civilian caught without arms or illegal substances, how much does it cost us to bunk retired Col. Sambo Dasuki in whose house weapons were found?

However, some readers commended the Federal Government for coming out with the amount spent on the detained leader.

A reader with the username Progressive said, “This government believes in transparency; that’s why they have been able to come out to tell the whole world how much they are spending to feed the Shiite leader. I think this shouldn’t be an issue. This administration is transparent and we need to propagate it. It’s a shame on anyone who has been questioning the integrity of the minister just because he said this is the amount they have been using to feed the Shiite leader.”

Another reader with the username Woman leader1, said, “President Muhammadu Buhari’s government is so transparent; they will always say the truth.”

Also, another poster with the username mamaT said, “APC is the most transparent and truthful administration ever! U can only get the fact when APC is involved.”

Meanwhile, OakTV has apologised to the minister for making the video public despite the off the record agreement he had with the journalists.

In an apology letter addressed to the minister and dated November 8, the management of the television station said the video was released in error.

It claimed that those involved in the error had been sanctioned.

The letter read, “On Wednesday, November 7, 2018, OakTV made some error (sic) in its reporting regarding a conversation with the Minister of Information.

“This is an error which we regret. All team members involved have been sanctioned and we would do more to tighten our gatekeeping responsibilities.

38 Years Old Farmer To Die By Hanging In Delta