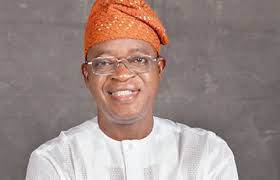 The Governor of Osun State Adegboyega Oyetola has urged the 2019 Osun pilgrims to the Kingdom of Saudi Arabia to conduct themselves in line with the law of the holy land.

The Governor gave this admonition while speaking at the farewell meeting with the pilgrims to the Holy Land of Mecca held on Saturday in Osogbo, the State capital.

He advised the 670 Osun pilgrims not to allow distractions of trading and other personal interests spoil the bountiful rewards of Hajj, which he described as one of the five pillars of Islam expected to be performed by every believing Muslim at least once in their lifetime.

The Governor said: “I am glad to be here meeting with all the lucky pilgrims in the State of Osun journeying to the Holy land of Mecca in Saudi Arabia to perform the 2019 Hajj.

“Hajj is one of the five pillars of Islam and it is a rewarding ritual that every Muslim is expected to perform, at least once in their life time. I urge the pilgrims to focus on the primary purpose of embarking on pilgrimage by worshiping Allah with all your hearts.

“Trading is not part of Hajj. You should not allow some personal worldly distractions to prevent you from earning your rewards in full. You are also expected to conduct yourselves in line with the laws of Saudi Arabia. Remember you are all from the land of virtue. I urge you all to allow the omoluabi ethos of our dear state reflect in our conduct throughout your stay in the holy land.”

Oyetola also reminded the pilgrims that the holy land of Mecca is a place where God showers His mercies on His genuine worshipers and answer their prayers, urging them to remember his government and the State of Osun in their prayer during the Hajj.

“Mecca is a holy land where God hardly denies the prayers of His worshipers. I also went there to pray before and after my election as the Governor of the State. By the grace of God Almighty, I will still go there to glorify His Holy name for making us triumph at the Supreme Court.

“Remember the State of Osun in your prayer during the Hajj. Pray that God should assist this government to enable us fulfil all our campaign promises to the good people of our State. Pray for God to provide money for the State as this will strengthen the government’s drive and commitment to improving the welfare of the people and take our dear to greater heights.

“Count yourselves lucky among thousands of Muslims who aspired to perform 2019 Hajj but could not make it. I congratulate you all and wish you journey mercies to the Holy Land.”

Elections In Sokoto Were Never Militarised Until 2019, Says Tambuwal