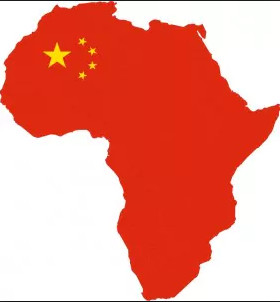 Chinese companies will takeover Zambia’s power utility ZESCO and the Airport. Your country is next! Once upon a time, an African country used to lend or grant money to some African and Caribbean countries to pay their workers’ salaries. It is now ancient history. Today many African countries including the giant of Africa, cannot fund their budgets without loans from (IMF) International Monetary Fund of the western countries and lately from the Chinese banks.

Whether Chinese loan or western loan is cheaper or more favorable has become an academic exercise. There has to be takers for any loan before a competitor can beat the interest rate in order to attract the takers. The debate about which loan is cheaper or more favorable should be reserved for weaklings that are producers of nothing and consumers of everything outside their capabilities.

The only countries that live on deficit are those printing colored papers not backed by gold, natural resources or material goods; whose prices they can dictate by fiat. If anyone wants to swindle you, they take tangibles from you in return for intangibles. Even then, intangibles can be hyped euphoria like drugs, lottery, infatuation, 419 or illusions. As long as there are sellers and buyers, contract bogus or not, can take care of disputes. It up to whose court of law?

Another good example is the armed race. Poor countries buy arms from powerful countries to destroy or protect themselves at such an exorbitant price, they never have enough finished resources, goods and services to pay off the sellers. Indeed, arms are good source of income for rich countries. When powerful countries sell arms to one another, they buy to dismantle and study them so that they can produce their own.

This is why sellers put limitation on the versions they sell or restrict the type they sell. The price of most of the arms sold to poor countries can take up most of their budgets pushing them into auto loans from the sellers of deficit financing. This is why they create conflicts within regions and sell to both warring factions. It is a win-win situation for the arms sellers and lose-lose “bargain” for buyers.

More important are the conditions for the loans that can vary from perpetual deficit or outright seizure of the project like the infrastructure the loans are used for. This is what is going on in Zambia. Both are more or less the same. If they do not take over the projects, they may dictate the rent, tolls or bigger share of the returns on each project.

In short, whatever a country takes a loan for; it never belongs to the people again. Since these loans are structured intentionally, never to be paid back in full prompting defaults. If paid pack as in Nigeria’s Paris debt, it’s in interest on interest resulting in multiples of what the initial principal was.

If you have a choice between odious loans from the western world paying for those western taste addictions or to Chinese softer loans buying up Africa, which would you prefer? Some claim that the only way out, is to play along if you want to get along and sign unto their loans for “progress”. You may be indebted to them for life, it all boils down to what you are getting back. Another form of slavery in paradise!

It has been argued that if African did not take these odious loans to pay for our acquired tastes, religions and cultures we would still be stuck in the 19 century. While we have definitely acquired material wealth in the mirror image of our “liberators”, we have also plunged ourselves into financial and cultural debts that we have no way of getting out of. If anything, our self-worth has depreciated into inferiority status. Are we better off today than we were in the days of our derailed Great Empires?

When western countries warn Africans about Chinese loans and its consequences of being indebted to China for life, we must ask why coal is calling kettle black. Each of these western countries now see a threat to their domination of African tastes, culture and religion heavily paid for with our natural and human resources. All they had to do is give us more loans to pay for their food, gadgets, weapons, machineries and their “technical” expertise.

The Chinese, looking for the same privileges in Africa are willing to do whatever Africans want at a cheaper rate than the western countries. Finally, the competition is on and the western countries are worried to death that Africa may slip away from their sphere of influence. Mind you, it is not that the Chinese are giving Africans anything for free. But their terms and conditions only appear more favorable than those of the West.

Indeed, the Chinese are better than the Russia. Most of the projects started by Russians are either in decline or incomplete like the Ajaokuta Steel in Nigeria or poorly constructed and not functional. We must remember that the Chinese had an early presence in Africa during the construction of many railways across Africa. These were durable and if they fell into disrepair, Africans should be blamed for lack of maintenance. The relationship is different today.

Recently, people cried out that the local rice is more expensive than foreign rice. Producers are giving the same excuses bread makers, local auto assemblers and others were making to make more profit in Nigeria, shooting themselves in the foot; while they sell the same cement, oil and gas cheaper in neighboring countries.

This is how we killed our textile and palm oil industries for imports from Asian countries bought with odious loans.