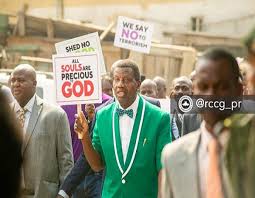 Clerics have played a very important role in the society right from the time of the Middle Ages. In Medieval and the Renaissance Europe, the Roman-Catholic Church was even more influential than the Kings and the ruling class. The Church crowned the monarchs and set the agenda for the public policy thrust. The crusade against the Muslims was directed by the Pope who saw himself as the representative of God on earth. The powers of the church were so enormous with it being the richest institution on the globe that some scholars began to canvass for the separation of the church from the state. Some monarchs began to agitate for independence from Rome and the likes of King Henry VIII of England formally broke away from the church when the Pope wouldn’t grant his divorce and created the Church of England with himself as the head. Many monarchs in Europe backed Martin Luther, the German monk who founded the Lutheran church and broke away from the Catholic church to identify with him. With the passage of time, the church lost most of its powers with the strengthening of the institutions of the state.

The church especially the Pentecoastal metamorphosed as a very powerful body in Africa starting from the 1980’s when the political leadership of the continent left the masses with no other option than to see their religious leaders as their newly found saviours. The quest for miracles to solve their problems and the high demand for signs and wonders to divert their attention from their day to day challenges made the hoi polloi see their ‘Men of God’ as their demi gods who could do no wrong.

The Redeemed Christian Church of God (RCCG) which is arguably the largest pentecoastal church in Nigeria with branches spread all over the world led by Pastor Enoch Adejare Adeboye has enormous clout in the country. Despite its massive presence, its General Overseer worldwide, Adeboye normally refrains from commenting on issues of national and public interest. Many of his critics contend that the former academic turned pastor is afraid of rocking the boat as he wants to be in the good books of the government so as not to interrupt the endless flow of the tithes and offerings.

A different side of him was shown on February 2nd this year when he lead a walk with some of his top pastors on the streets of Lagos to protest the growing level of insecurity in the country. It was called a ‘prayer walk’ and he drew attention to the fact that every life was precious and didn’t deserve to be lost in the way and manner the insurgents were brutally taking them. Shortly before the walk, he prayed that every evildoer should be exposed.

Adeboye’s march is highly commendable as this show that he has the courage to speak the truth to power not minding whose ox is gored. One of his top pastors in the person of Professor Yemi Osinbajo SAN is currently serving as the Vice-President and he could easily have requested for a private meeting with the President to air his views.

He chose to become an activist by publicly identifying with the hapless have nots in the society – a major departure from his conservative stance with regards to issues concerning matters of state.

In the 1980’s the Filipinos were under siege no thanks to the misrule of Ferdinand Marcus. It was a brutal dictatorship where human rights were treated worse than animal rights. The people were cowed and dissidents either killed or forced into exile.

It took some courageous clergy men to rise up to the occasion and stir up the guts of the populace to chase Marcus from power. Tragically in Nigeria and Africa, the clergymen are complicit with the ruinous political elite as they preach messages which surreptitiously suppress the will power of the people to revolt and demand for a better deal from the state actors.

The popular messages like the need to be docile so as to win Heaven and the quoting of the Bible to make the congregation act passively is a real problem in the continent.

The likes of Apostle Johnson Suleiman, Bishop David Oyedepo, Bishop Adewale Martins, the Catholic Archbishop of Lagos, Bishop Matthew Hassan Kukah of the Sokoto Diocese have been vocal critics of the government. It is good that Adeboye recently joined the fold as we cannot afford to have a complacent clergy leadership.

We urge Pastor Adeboye to use his large numerical strength to mount pressure on the political leadership to tackle the mounting security challenges in the country. No one knows who is next and so it is of paramount interest for the nation to be free from bandits, terrorists and kidnappers. In these perilous times we have no choice but to be our brother’s keeper.

The Need To Re-equip The Nigerian Armed Forces