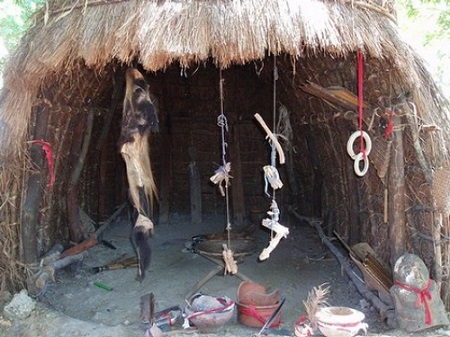 As the world is coming to an end according to scriptures with different signs and happenings around the globe, a pastor (name withheld) has impregnated the daughter of a native doctor.

An orthodox pastor known for his sexual unrest in all of the churches he has been posted to, went off-guard as he was unable to control his sexual appetite and impregnated the herbalist daughter.

The incident which occurred at Uwhrode archdeaconry of the Orthodox Church, in Udu local government area of Delta State, threw members of the orthodox faith in confusion as the pastor opted for abortion to cover the sin of fornication he committed.

It was gathered that the church hierarchy instead of open rebuke as prescribed by the scriptures, simply slammed two months suspension on the pastor and has since been reinstated back to his office.

It was also gathered that the pastor patronizes commercial sex workers at night in disguise to satisfy his sexual urge.