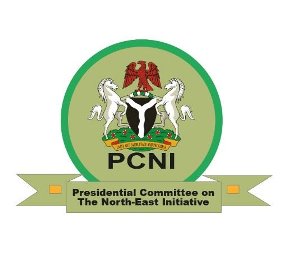 The Presidential Committee on North East Initiatives (PCNI) has commenced distribution of 600 tonnes of fertilizers free of charge to the returning IDPs farmers in 9 Local Government Areas of Borno state.

The Chairman of the committee, General Theophilus Danjuma (rtd.), who was represented by Professor Hauwa Biu, disclosed this while speaking during the official flag off of the distribution of the fertilizers free to the returning IDPs at Jaura Shehu in Bayo LGA of Borno state.

He said that the distribution of the fertilizers was under the committee’s livelihood programme component which aimed at food sufficiency and sustenance for people of the North east zone, particularly the IDPs.

The Chairman added that the fertilizers distribution was to encourage IDPs farmers to boost their crop production with the use of natural fertilizer for commercial use, particularly as the raining season has commenced in the areas.

“About 12, 000 bags of fertilizer will be distributed among the nine local government areas in the Borno south senatorial district, these fertilizer should be use for the purpose it is meant for bearing in mind that the federal government has spent a lot of money to procure these items.

“As you are aware, the North, particularly the North east is predominantly farmers. God has blessed us with a vast landmass which we must use judiciously to continue to lead in food production to contribute positively to the economy of the North.

“Let me assure you that this administration will not relent in its effort to develop the economy of the northeast, just last week the our committee launched ICT resource Centre at the Federal University Gashua, Yobe State and it will be extended to other states of the North eastern part of Nigeria to make the people of the North East self productive and economically independent.”

Fg Has Nothing Against Me – Saraki Tells Cct