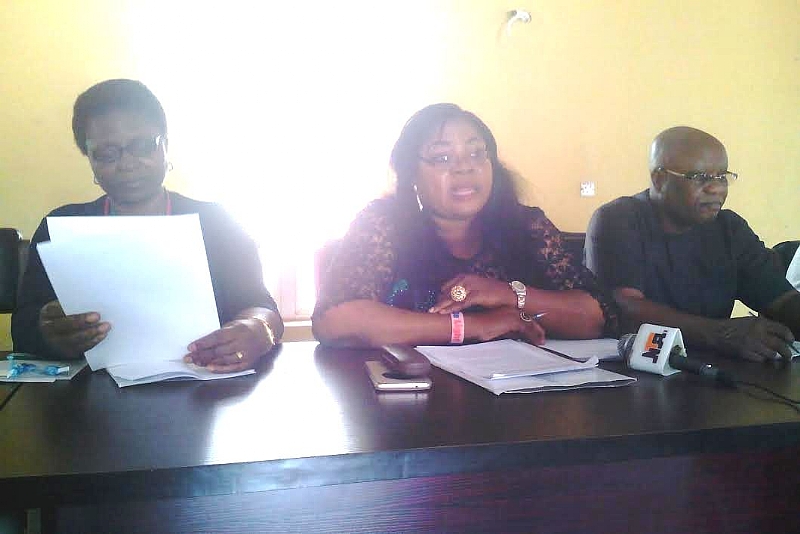 The ruling Peoplesa�� Democratic Party (PDP) in Delta State and the main opposition party, the All Progressives Congress (APC) have embargoed a meeting at the instance of the Independent National Electoral Commission (INEC) to rub minds with stakeholders, especially with the recent release of 2019 election time-table.

The meeting which was held behind closed doors, with leaders and members of the Inter-Party Advisory Council (IPAC), last for about an hour with PDP and APC not in attendance.

Speaking in a an interview shortly after the meeting, the Administrative Secretary of INEC, Mrs Rose Ariaran Anthony in her bid to allegedly cover up for the two political parties said PDP and APC a�?are not excluded from the meeting, they are members, they were invited. I think PDP is arounda�?.

Also speaking, the IPAC chairman in the state, Obi Fred said, a�?It is unfortunate. Honestly, it is unfortunate and they might have their reasons and I will have to contact their chairmen and those in charge to find out why they are not herea�?.

Contacted, the Publicity Secretaries of PDP and APC, Ifeanyi Mike Osuaza and Paul Dunkwu, said their parties didna��t received letter of the invitation for the meeting.

Meanwhile, the INEC Secretary in her speech lamented that in spite of packaged literatures to aid and guide political parties on the Constitution and Electoral Acts, the efforts have not yielded the desired results, a�?when it comes to congresses and party primaries or with internal affairs of political partiesa�?.

According to her, a�?the issue of party congresses, conventions, meetings, requisite 21 daysa�� notice, stating the venue, time and date is required by the Electoral Act 2010. The letter of notification must be signed by the National Chairman, Secretary or authorized signatories of the party and should be accompanied by a Certified True Copy of the Constitution of the partya�?.

Hear her: a�?in most cases, none of these requirements are met and INEC monitoring teams travel from one local government to the next without witnessing any congress even when notifications have been given to that effect. This is disheartening since a Constitutional duty is left undone not due to INEC unwillingness. There are some parties who flaunt their own party Constitution on congresses and primaries, internal wranglinga��s and rife. Invariably, all these hurt the electoral processa�?.

But in his response, the IPAC chairman said a�?the way forward, is to go back home and go back to our drawing board to make sure that most of the things as itemized by the administrative secretary are carried forward. We will go back and hold meetings with our members and see how we can be able to move forward and make sure that those things mentioned will be addressed properly and promptly as wella�?.

Also, the representative of the Labour Party faction led by Emeka Nkwoala whose name our correspondent could not ascertained was barred by security from entering INEC premises for the meeting.

The factional chairman of LP, Nkwoala, said INEC wrongly sent the invitation to Ezeagwu, stressing that Ezeagwu outsmarted him to attend the meeting.

He said, a�?we didna��t get the text, INEC wrongly sent the text to Ezeagwu. He got there at about 7 or 8 Oa��clock or thereabout when the meeting was commence at about 11:00am, so he came earlier before my man came and you know INEC, they somebody has come to represent you alreadya�?.

Earlier at the event, Ezeagwu, had mocked Nkwoala whose representative was shoot out of the meeting, a�?see the person he sent to represent him, he has being locked out. Hope he said he is the chairman of Labour Party? Let him come in nowa�?, he ridiculed him.