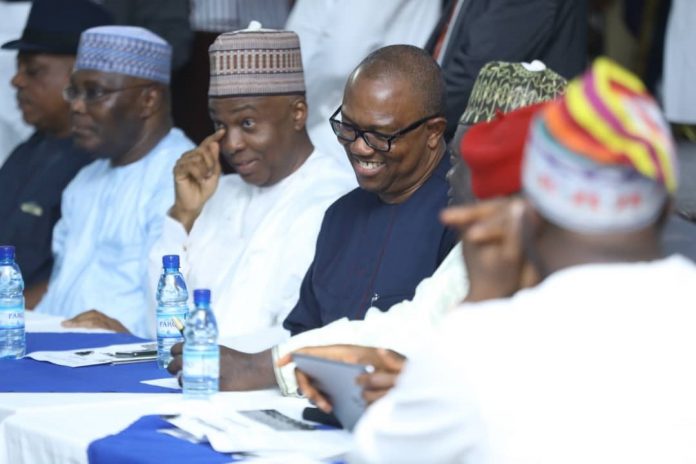 The meeting, which was held at the PDP Presidential Campaign office (Legacy House), was attended by notable members of the council.

It was also gathered that issues of logistics, funding and how to fill other positions in the campaign council were discussed.

It was also gathered that the meeting told Atiku to collapse his campaign structure into the PDP Presidential campaign council, as the leadership of the party insisted that there must not be any duplication.

In preparation for the kick-off of the campaign, the party has started the renovation of the Legacy Building, an action that had made some officers to relocate from their official offices.

It was gathered that the majority of the officers of the campaign council like Atiku, Saraki and the coordinators would have different offices within the building.

Secondus and members of the National Working Committee of the party were also mandated to call a meeting of the party’s National Executive next week where the budget for the presidential campaign would be approved.

The NEC meeting is also expected to ratify the appointment of members of the campaign council.