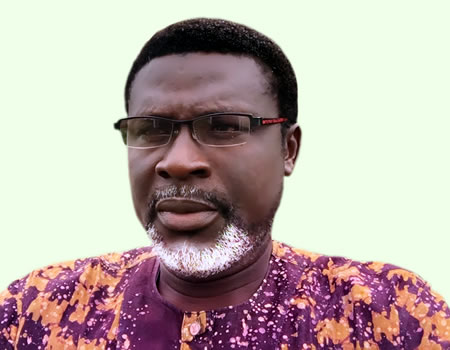 Investors particularly, Deltans have been charged to put their wealths in sectors in the state that would make the state more economically viable.

A Chieftain of the Peoples’ Democratic Party (PDP), in the state, Chief Sunny Onuesoke, challenged them to invest in core driven economic sectors in order to improve not only the economic base of the state, but the socio-economic development of the individual.

Onuesoke who made the appeal in Warri, area of the state while speaking with newsmen said the economic development of the state remains in the hands of indigenes, stressing that, “If we decide to leave it alone for government we cannot move forward”.

He pointed out that investment in hard core driven economic sectors would lead to rapidly developing economies that have the potential to lift millions of people out of poverty, contribute to global labour pools and create a new consuming class.

The PDP stalwart who stated that although government had been trying its best in investment development in the economic sector, however, pointed out that it would have been of additional economic boost to the state if the individual investors top their effort by directing their investments in core driven industrial economic sector.

Onuesoke maintained that the indigenes must cultivate the habit of investing in the hard core employment driven sector instead of hotels, filling stations, shopping malls and plazas among others which have little effort in improving the economy and generating the much needed employment.

“Investors of Delta State indigenes, Nigerians and foreign investors should come and invest in large manufacturing industries, farming and agricultural processing industries and high powered industrial investment that will create large scale employment opportunities for the teeming jobless youths in the state.

“I know that the youths of Delta State are ready to work if the jobs are available, but unfortunately the industries, manufacturing companies and other hard core investment based companies are not available to provide the necessary assistance,” he lamented.

He explained that in Lagos and Ogun states, there are a lot of hard core large scale investments in those states that the those searching for jobs do not depend on employment from the states.

The PDP Chieftain explained that if such opportunities are created in Delta State, the crime rate in the state would reduce drastically, as such investments would take them off the street and keep them engaged on how to earn their daily living.

While advising both the federal and state governments to promulgate economic policies that would encourage investors to invest in hard core economic investment in the state, he disclosed that such investments would boost the economic base of government in revenue generation in term of tax collections.

“We need large scale farming and agricultural processing investment companies like they have in US, Germany, Holland and other developed countries. For instance, if it is rice or cassava farming companies, it will end up processing large scale of rice, garri and other brand of food stuff.

“The end result will be sufficiency in food production for home consumption and exportation which will generate revenue in term of foreign hard currency for the state and the nation,” he stated.