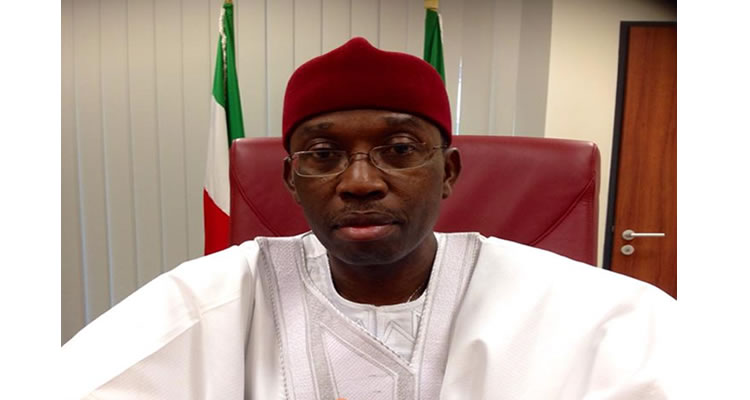 The Chairman of the People Democratic Party (PDP) National Elective Convention Committee and Governor of Delta state, Mr Ifeanyi Okowa, has dismissed rumours that the Party’s governors have attempted to force a national chairman on the party.

According to him, “In most of the states, the convention delegates are already known” and the party will ensure it gives a level playing ground to all the aspirants.

He also expressed optimism that the party would be more united, following its upcoming convention on December 9.

He said as a result, the PDP would be a much stronger force to contend with in the 2019 presidential election.

Governor Okowa made this known on Channels Television’s Politics Today while addressing issues that have so far been raised as the convention date draws near.

He stressed that the party is doing everything possible to ensure a hitch-free convention.

“I believe that the National caretaker committee of the party is doing a lot to ensure that things are put in place, as for the national planning committee that I lead, we were inaugurated this afternoon and we have held our inaugural meeting.

“We do know that in any elective convention, all kinds of views do come into play but ours as a planning committee is to ensure that we deliver a convention that is credible and in which all the processes are such that will be blameless, we will deliver on a free fair and transparent primary; that is our aim.

“For the reconciliatory process we’ll be looking up to the party leadership to deal with that but our major task is for us to deliver a convention that is truly credible and all can attest to. That will enable us to heal faster, and unify faster after the convention”.

Reacting to reports that the Chairman of the electoral panel, who is also the former governor of Benue state, had declared support for a candidate, he said: “I’m not aware that he has declared support for any particular candidate but even if he has any sentiments for anyone, he will not be in a position at all, on the convention day to do anything that is unjust. We are going to adopt the open secret ballot system of voting.

“We have also put in place a credible team to ensure reconciliation of party members who may feel aggrieved going forward after the convention,” he added.

Speaking further and reacting to the defection of a former vice President, Atiku Abubakar, to the PDP, Governor Okowa noted that there is strength in numbers and that the party will always welcome as many persons as possible.

“We believe that as many persons that come into the PDP is good for us because it will help to strengthen the party because politics is one that is inclusive – the more persons you get into the party, the greater the strength of the party – So we will welcome him into the party just as we will look forward to many more persons who will want to come over to join us as a family it will be a welcome idea because it will help to strengthen us going into `2019.

Responding to whether or not he believes the party was ready to take over power from the ruling All Progressives Congress (APC), he said: “Our party is building much stronger and this convention definitely is going to lift us up into the future, I believe so because this convention is purely conciliatory and unifying and we believe that the resource will lead us strongly into the future”.

10 thoughts on “PDP Convention: Governors Not Supporting One Candidate — Okowa”