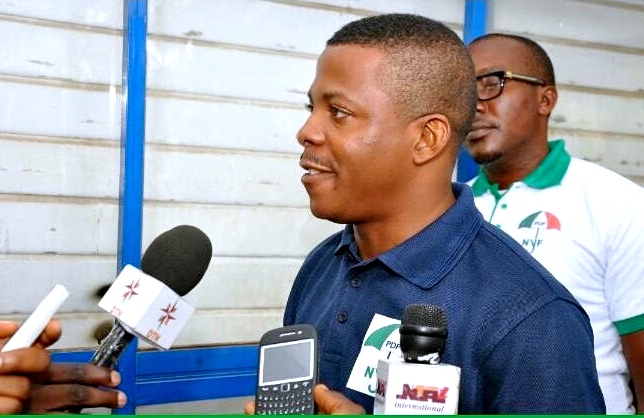 It said he was whisked away Friday night by armed thugs allegedly unleashed by the All Progressives Congress (APC).

PDP spokesman, Kola Ologbodiyan, also asked the Inspector General of Police, Adamu Mohammed, to immediately disband the checking point in Banda, Lokoja-Abuja highway, where the members of opposition are being harassed and intimidated.

He urged Mohammed, to immediately step into the matter to forestall a break down of law and order.

The image maker noted: “This is because, if Mr. Austin Okai and others are not immediately released by the APC, it would send a very wrong signal to the already agitated youth and lead to a resort to self-help.

“The PDP also alerts of the arrest of its ward chairmen in Rivers state by soldiers, particularly in Abua-Odual Local Government Area, ostensibly in compliance with the orders of the Buhari Presidency.

“The mass arrest in Rivers is coming on the heels of the clampdown of PDP members in Kano state with the arrest of our party leaders and campaign officials including our Senatorial candidate Ahmed Haruna Bichi and a serving member of the House of Representatives, Hon. Ahmed Garba Bichi.

“The PDP notes that these are two very volatile states and any act that suggests a clamp down by the authorities might lead to vehement resistance by the people and trigger crisis in the state.

“We call on Nigerians to note how the Buhari Presidency and the APC are pushing Nigerians to the wall and invite the international community to hold President Buhari directly responsible for these infractions against innocent Nigerians,” he said.