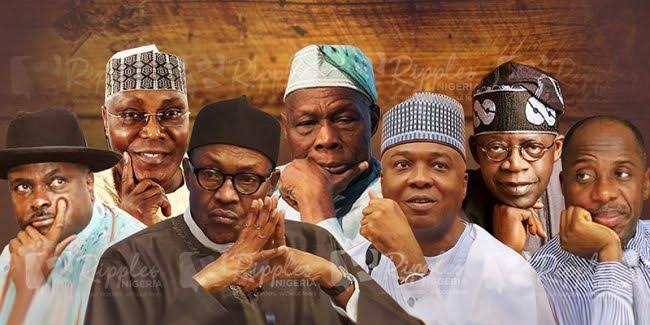 Otto Von Bismarck, the former German Chancellor bequeathed the legacy of pensions for civil servants in the then German empire. He was worried that many German civil servants were retiring into poverty as a result of inflation and the vagaries of day to day living in the empire. A pension plan was necessary to act as a buffer for hardship in old age. This legacy spread around the world and its one of the attractive benefits of being a civil servant anywhere in the world.

Nigerian civil servants have always been receiving the short end of the stick since time immemorial. Whether it was during the military or civilian regimes, civil servants have never known economic peace after their retirement whether voluntary or forced. Many have been turned into mendicants who are worse than their professional counterparts. The sight of them begging for government attention in the twilight of their lives sends goose pimples to many members of the public. It is one reason why many current civil servants are corrupt as corruption is about the only route to prevent hunger and lack after retirement.

The avaricious and greedy political class for no justifiable reason got attracted to the idea of a pension plan after leaving office to the detriment of the hapless citizenry.

It first started in 2007 in Lagos a�� a�?the centre of excellence.a�� The Lagos State House of Assembly passed a law giving the Governor and Deputy a hefty pension for life. It included a house in Lagos and Abuja, the changing of cars and domestic aides as well as medical expenses in any part of the world.

This sounded too good to be true coming from the former capital of Nigeria. Like a virus, it spread to some other states of the country like Rivers, Akwaibom, Kwara amongst many others.

The legislators must have felt used as they passed the law they werena��t benefitting from. What is sauce for the goose should equally be sauce for the gander.

Ekiti State fondly known as the a�?Fountain of Knowledgea�� followed suit by sending a similar bill to Governor Kayode Fayemi for assent.

The nation is currently battling infrastructural deficits amidst a plethora of challenges plaguing the states. Ekiti has been finding it extremely challenging paying salaries to their civil servants and the only thing these legislators can think about is their personal interests and furthering their nests. So many states are currently insolvent and the only thing these so called a�?public servantsa�� can think about is in implementing anti-people policies to the detriment of those they purport to a�?serve.a�� The level of unemployment is heart wrenching and the poverty is excruciating. It is tragic that the only thing on the minds of these shameless law makers is on how to use the instrumentality of the law to impoverish the man on the clapham omnibus.

What is the rationale of a member of the executive or legislator who in some cases only serves for four years and within that time must have amassed a fortune still going ahead to have a pension plan? It is extremely satanic and cruel to say the least?

Politics is the most lucrative business in Nigeria which explains why the stakes are so high as ita��s an instant life changer. People are willing to kill and maim for it as its about the only trade in the country that is more profitable than winning a mega jackpot. In advanced countries, politics is seen as an instrument of service and is far from mouth watering. Tony Blair started making his millions after he stepped down as Prime Minister in 2007 after being in politics for twenty-four years. Bill Clinton couldna��t afford a house after close to three decades in American politics. His lucrative speaking career kicked off after he left the White House. Nelson Mandela only did one term of five years as President of the Rainbow and never demanded for a pension as compensation for his 27 year stay in Robben Island which his compatriots would gladly have obliged him as his case was a locus classicus in public service. Heroes like Julius Nyerere, Lee Kuan Yew, Mahathir Mohammed etc never asked for pensions despite their gargantuan contributions to nation building. In Nigeria, some councilors can afford houses in Ikoyi or Lekki after serving for just a term of three or four years. How sad!

The legislators in Bayelsa state think that the oil wealth will last forever forgetting that most nations of the world are moving away from oil. The demand for Nigeriaa��s oil in the global market has dropped tremendously. Latest reports show that the United States demand for our oil has dipped by 89%. This feeling of entitlement would cease when in fifty years time, the nation would be left behind as electric cars may be the next big thing. Saudi Arabia, one of the largest oil producers has already set up a fund to plan for a post oil economy. The CEO of Royal Dutch Shell drives an electric car to show that the nation is sitting on a time bomb with its sole dependence on oil.

It is a shame that the so called Fountain of Knowledge state which is ironically one of the nationa��s poorest is steeped in this mess. The world has long moved to human capital development. Think critically a�� Facebook is the largest social media conglomerate in the world and they produce no content, Uber is the biggest taxi service and they own no taxis, Air Bnb is the worlda��s largest hospitality group and they own no taxis or cabs. A lean economy is what the world is gradually shifting into. One would have thought that Ekiti with the highest number of Professors and Doctorate Degree Holders in the country would have developed blue prints for the nationa��s economic development. Ita��s sad that the only thing preoccupying the minds of these law makers is on how to grow emergency pot bellies and further impoverish the electorate.

The madness in the polity must cease!
Ademiluyi wrote from Lagos.