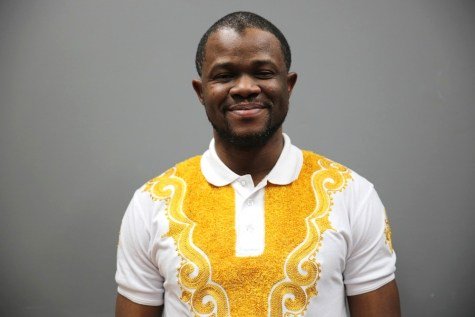 Perry Brimah is raising funds on GoFundMe with the claim that the money is meant for feeding Nigerian troops fighting Boko Haram terrorists in the northeast of the country. As of the time of writing this, the page has raised $25 of the targeted $45,000 with some interesting things about the campaign started on December 31, 2018. Brimah donated $20 of the $25 so far received while only one other donor has given $5 to the campaign, “Food For Nigerian Soldiers”. The poor response does not mean the mischief that is afoot should be ignored.

Three things come to mind here. One, Brimah’s fundraising is the product of mischief, a political statement – a parody, another of his antics to irritate the military leadership. Secondly, the brain behind ‘Every Nigerian Do Something (ENDS) is broke and is stylishly extorting good natured international donors so that he can raise some money to cover his personal expenses and possibly make up for his inability to effectively join the looting class in Nigeria. Thirdly, Brimah could be frontally attempting to raise funds that he will make available to extremists, pocket the balance for his personal use, and get under the skin of the military leadership while at it.

In the first scenario, for some unexplained pervert reason, Perry Brimah had made it his life goal to oppose everything that stands for order and peace in Nigeria. The Nigerian military, as with other nation, is symbolic of the country’s ability to deal with threats and keep citizens safe from security threats. Brimah has consistently stood against this so he always finds a way to attempt irritating the military.

The GoFundMe campaign is therefore possibly a continuation of his earlier misinformation and lies about starving troops. Some accounts had it that the brain behind ENDS went as far as getting actors in military costumes to depict starving soldiers scrambling for food. His social media associates then tried their best to make these videos trend until their lie was found out and the tale of starving troops fizzled out, even though these associates of Brimah’s continue to refer to their fake news as basis to accuse authorities of not caring for troops.

The second possibility of a financially broke Brimah is equally plausible. After all, the campaign he ran for the Islamic Republic of Iran to deliver propaganda content in favour of the Islamic Movement in Nigeria (IMN) has largely failed. If a disappointed Iran is not willing to fund Brimah in 2019 owing to the gross failure from the preceding year, it is only logical that he finds another revenue stream to accommodate his lifestyle of opulence. In this regard, one must credit him for being a savvy investor who trended the faked video of starving Nigerian soldiers ahead of time knowing that it will one day come in handy for defrauding unsuspecting donors. This possibility becomes even credible knowing that Brimah will not be so magnanimous to finance the same troops that subdued his IMN clients.

As for the likelihood of running the GoFundMe campaign to covertly finance terrorists and extremists, that too is not far from the truth whether the money eventually goes to IMN, Boko Haram, IPoB or any other extremist and terrorist group that Brimah is sure can help destabilize Nigeria. Like the fundraiser, IMN is by now enjoying limited goodwill from Iran after it is unable to show appreciable returns for the years of financing other than the shambolic violent protests in Abuja in the latter half of 2018; Brimah’s efforts could help deliver the needed financial lifeline that will buy IMN time before staging spectacular attacks that will revive Iran’s interest in their affairs. Boko Haram has possibly not earned much from kidnap for ransom and robberies in recent months so this overnight philanthropist may in reality be trying to collect money from the trusting public to ensure the terrorists do not run out of steam given the recent escalation in their attacks.

There is the catch-22 of how Brimah will get the raised fund to the troops. Is he going to hand over the money to the same military leadership he as severally accused of corruption without basis? Even if he were going to hand the cash over the military top brasses there are no precedents for such. He cannot buy the food and distribute to the troops since this is fraught with risk to the soldiers – Brimah could be out to poison them en-masse with such food item so that he can achieve in one fell swoop what his terrorists-clients have not achieved in ten years. The mere fact that he is raising a fund that cannot be delivered to the intended beneficiaries is a red flag that all is not right with his latest venture.

Whichever of the foregoing is true, all of them may be true, there is need for concern and certainly action to shut down the GoFundMe account with the prospect of prosecuting Brimah in any court that has jurisdiction. The first concern has to do with abusing the trust of the donating public. The Nigerian Army has denounced the campaign with proof that its troops have the logistics and welfare they need. GoFundMe should take note of this and that a fraud have been committed. A random vagrant cannot be raising funds to finance the troops of a sovereign country that has budgetary provision for the same purpose. The fundraising therefore violates GoFundMe’s provision that prohibits the use of the platform for perpetrating fraud.

Where the fundraising is proven to be actually meant as an irritant to the leadership of the Nigerian Army, to the extent that the funds are raised offshore from nationals of other countries, it will constitute an act of aggression against Nigeria. This has implications for international relations among countries so those contributing to the fund should truly understand the implications of what they are doing. They must be exceptionally cautious because of what the antic is meant to achieve, which is distract the Nigerian military from effectively tackling terrorists.

The other possibility of raising funds for extremists and terrorists goes beyond immoral into the criminal territory. It places donors at risks of violating international anti-terror conventions, violates the anti-terror legislation of the donors’ home countries and clearly runs contrary to Nigeria’s anti-terrorism legislation. It is trite to assume that GoFundMe will not be proud to be used for financing terrorism and extremism anywhere on the face of the earth. The campaign must thus be shut down before further damage is done.

It is reassuring that the Nigerian Army says it is working with Interpol to declare Brimah wanted for this global fundraising. But it should go more than declaring him wanted. Additional steps include using the tools available on GoFundMe site to report Brimah’s campaign as a fraud, following up with a detailed petition to GoFundMe and sensitizing the world as to the dangers of given their money to this individual.

The fundraiser is a reminder that one aspect being overlooked by Nigerian authorities in the fight against terrorism is the sources of financing of the terrorists. It is a really bad situation if a character like Brimah can openly source for funds to give terrorists and not much can be done about. This should be a test case in how the country stops illicit financial flow to terrorists.

Reflections on the DSS’s Siege of the National Assembly