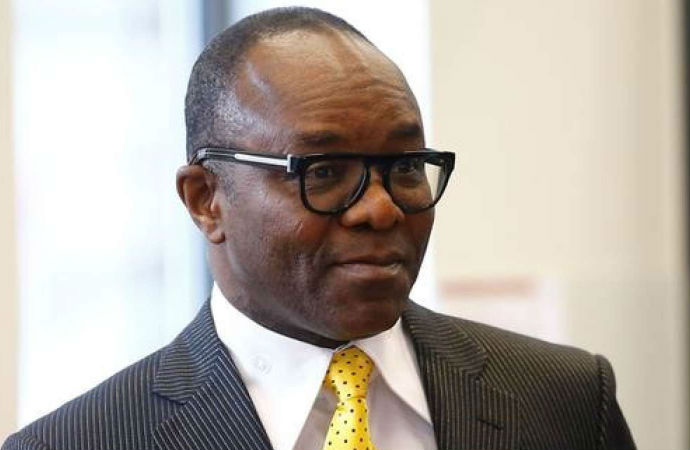 Dr. Ibe Kachikwu took after HE Dr. Hage Geingob, the President of the Republic of Namibia who went home with the award in 2017.

Burj CEO Award is awarded annually by the renowned International CLUB of CEOs to carefully choose Chief Executive Officers, by the Committee of highly respected world leaders with unbiased high sense of judgment on visible contributions of select few to the global developments in their various fields.

The award which is an annual event started and headquartered in Dubai in 2006. Previous year’s events were held in Dubai, USA, UK, South Africa and this year in Shenzhen Province, China with membership strength of 26, 000 CEOs from over 50 countries.

Dr. Kachikwu, was unanimously selected by the screening team and awarded the prestigious “African Leadership Award of the Year”, as the event was attended by over 700 delegates from 32 countries.

Meanwhile, Kachikwu, would be conferred with the Honorary Citizen of Georgia Award from the State of Georgia and Maryland.

The award is exclusively meant for persons of exceptional merit. Honorary Citizenship and keys to a non-United State Citizen maybe declared by an act of Congress or by a proclamation issued by the President of the United States, pursuant to authorization granted by Congress.

The event slated to hold in Atlanta, would witness the presence of Representatives from the White House, Governors of the City, State Assemblies, Jesse Jackson, Andrew Young and other notable personalities.

Dr. Ibe Kachikwu would thereafter be hosted to a dinner by Andrew Young, a former Congress member, First African-American Ambassador to the United Nations and Former Mayor of Atlanta.

Dr. Ibe Kachikwu is also billed to have a lecture for Post-graduate students, where he will be talking on the politics of Oil in the world.

Saraki: Our Response to Claims By Police