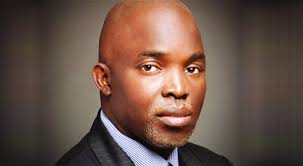 Pinnick said while speaking to the media after the conclusion of the FIFA executive Football Summit held at the Eko Hotels and Suites, Victoria Island Lagos.

a�?We have the capacity and we have demonstrated this on several occasions, and we have a Government that is doing everything possible to encourage and enable the blossoming of sport as a key industry. Just as the FIFA President himself said at the AITEO-NFF Awards, football is life in Nigeria.

a�?On behalf of the Nigerian Football fraternity, I want to commend FIFA for their strong support for our football and for African Football at large. Mr. Gianni Infantino visited Nigeria for the first time in his tenure in July 2016, and after he left, we witnessed a turn-around in the fortunes of our football. I believe that after he leaves this time, our football will soar even higher, with great possibilities of dazzling the world at the FIFA World Cup in Russia.a�?

Only two other cities in Africa a�� Nouakchott in Mauritania and Dar es Salaam in Tanzania a�� are in the mix of the 12 cities worldwide hosting the FIFA Executive Football Summits. Dar es Salaam takes its turn tomorrow while the curtain will be drawn on the meetings in Lima, Peru next week.

Infantino commiserated with the NFF and Nigerians for the Death of Kano Pillars Player, Udoji who died in a ghastly Auto Crash on Monday