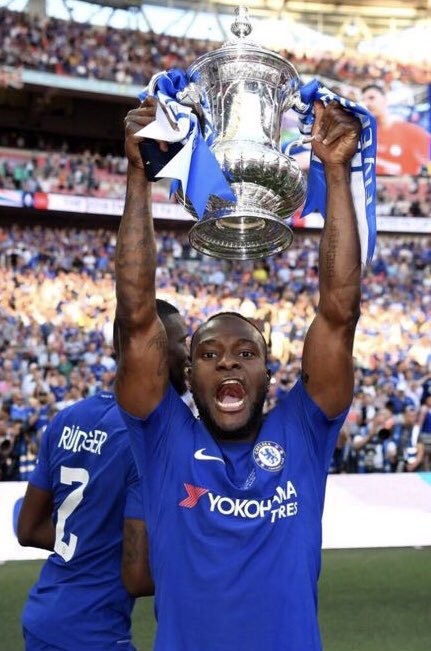 Victor Moses who finished as the Top Scorer for Nigeria in the World Cup Qualifiers was on duty for Chelsea as The Blues beat Manchester United 1-0 courtesy of Eden Hazard solo penalty.

“I am happy for Victor Moses because this triumph sets him in a great mood and gives immense confidence for the FIFA World Cup in Russia,” Pinnick said in a media statement from the NFF on Monday.

“We have a number of friendly matches before the FIFA World Cup, but the big focus is on the finals starting next month.

“Victory in the FA Cup is good for Moses as he will come into camp buoyed in spirit, and that good feeling is bound to infect and affect the other players positively,” Pinnick said on Monday.

The Super Eagles are preparing for the Friendly Match against DR Congo in Port Harcourt on Monday.