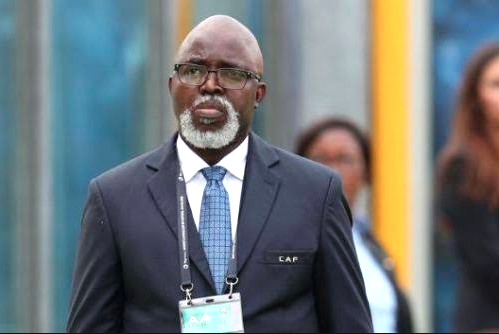 NFF President Amaju Pinnick has revealed the reasons behind the appointment of Joseph Yobo as the new Super Eagles assistant coach.

The former Everton defender was announced as the coach to replace Imama Amakapabo last week in a move that divided Nigerian football followers with some people arguing that he was not ripe for the role.

“The concept behind this is to nurture and condition former captain Joseph Yobo to provide leadership and mentorship for the young team,” Pinnick told BBC Sport .

“He has an incredible experience playing for some of Europe’s biggest clubs. He is one of our most-capped players ever and also won the Nations Cup.

“I believe that as Nigerians we have a chance to make a positive step forward and it’s important to give him the opportunity to succeed.

“That’s how Stephen Keshi started. Who says Yobo can’t be the next Nigerian to win the Nations Cup as player and coach.

“We can tap into his wealth of knowledge because we can not keep relying on foreigners as coaches all the time. We as a nation can help build one of our own.”

Keshi won the Africa Cup of Nations in 1994 as a captain and also guided the Super Eagles to Nations Cup triumph in 2013 with Joseph Yobo as the team’s captain.