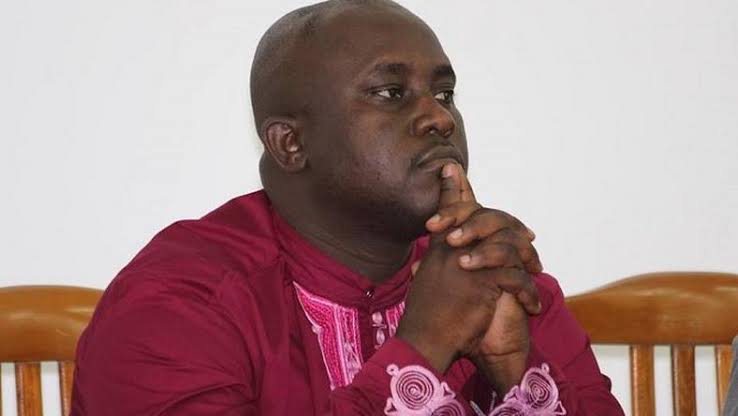 “Do not go to my grave
……I am not there.
Look for me in between pages
and on people's lips.
Do not go to my old school.
Do not go to my old house –
I am not in any of those places.
Look for me in your hearts
and greet me there.”
– Kamand Kojouri
(Author of “Eternal Dance”)
It was not a busy day. I had finished very early from the Adetokunbo Ademola Avenue office of the Atiku Abubakar Presidential Campaign in Abuja. Ayo, the guy who drives me around Abuja when my brother Olusola Sanni was too busy, had picked me up and dropped me at the estate where I had been hibernating, with a promise to be timely the following day. To my hosts disappointment, I had chosen not to go with him to the Ibrahim Babangida Golf Course today.

The time was around 7.30 pm. My host was yet to return from the Golf Course. His wife that I had christened “Madam Justice” since she became a judge several years back was home in her library working on some judgments to be delivered. I peeped in to alert her of my intention. She gave me a judicial approval to exercise that fundamental right of freedom of movement.

I had put on my jalamiya and a pair of slippers to take a stroll through the estate. As I stepped out of the palatial compound, the glittering neon lights percolating the fences of the buildings that lined the streets stood a guard of honour as I sauntered along lackadaisically. My steps were measured. I was slow, steady and calculated in my strides. It was a perfect study in ìrìn fàájì. As has become my practice, I had my cell phone with me. But I was not really expecting a call, sùgbón a kìí mò.

The humidity was lenient to the quiet neighbourhood this evening. There was no excessive heat. There was no cold wind. The atmosphere was copacetic. Unbounded by the humidity, the breeze took advantage of that magnanimity as it gently bruised my arms, exerting its will, which in itself was comforting and pulsating in its subtle aggression.

The sky, illuminated with stars, glittered in its darkness. It was lusciously alluring, despite being expressionless in its mien, as it commixed its colours behind the clouds. The air, freshly minted by nature, oozing a genre of strange aroma akin to that of my favourite champagne, was irresistible. I intermittently inhaled in pleasure, taking deep breaths in relish, to strengthen my lungs.

And my telephone rang.
It came in from Canada. And the person putting the call through was no other person than Professor Pius Adesanmi. Immediately, I had to put him in the dock, asking how he was able to trace me. He told me if I ever thought that I could hide from a dear brother like him, I must have missed it. And we laughed.

Then, he said, “Egbon, I am calling you because of Omoyele Sowore.” He informed me that he met Sowore in Ghana a day before the latter was in Nigeria to declare his Presidential interest. He asked me a number of questions as we discussed. Some of our colleagues’ names also came up in the discussion.

But he was very particular about Rudolf Okonkwo, our fellow contributor on Saharareporters. The kernel of that discussion was about the coming Presidential Elections in Nigeria and wanted to find out some information which I readily provided. He expressed surprise about some of the things that had happened at and to that point.

He expressed the hope that we would have to meet to review the situation again. I told him that I had been in Canada three times already that year, though I did not make attempt to see him or other friends, because those were business trips that left little or no time for socializing. I informed him that I did not see myself paying another visit until 2019 after the elections. He made me promise to call if I came to the US before the Presidential Elections may be we could arrange to meet and with others. I did.

We never got to have that meeting.
Then, I learnt he had an accident on Oyo – Iseyin Road. This was the following day of my own return from Shaki where I had gone for an assignment. We had missed each other because he said he thought I was in Abuja. I was aghast on learning of the accident. I knew the roads either from Akinyele end or from the Oyo City end to Oke-Ogun area. The roads were and are still treacherous. We thanked God for escaping with his life. We had continued to exchange calls intermittently.

I was having breakfast at a Hotel on the border of the State of Maryland and Delaware on this Sunday morning. I decided to see what was going on as I visited the social media. First it was Facebook. Barr. Ayo Turton page was the one that first came up. And he was posting parables. He was writing in tongues. He was raising suspicions. He was keeping many in suspense.

I kept trying to figure out what was going on. Who could he be speaking about? I was gripped with a degree of fear. Anxiety was ruthlessly ripping my physiology relentlessly. I kept reading and searching for an answer. Then, Barr. Turton posted, “I have been calling his line and there is no answer.” I still did not know who the subject matter was.

In my apprehension, I found out it was my brother, Prof. Pius Adesanmi. Now, I became more nervous. Great unease enveloped me. A cocoon of cruel cold encapsulated my vicinity. At this point there was no confirmation. There were speculations here and there. I scanned to and fro, up and down to see if anyone could confirm the situation. No one was sure. My legs began to shake. My hands began to tremble. My tummy began to throb. I was palpitating. I was rattled. I became jittery.

I could not wait any longer. I put a call through to Barr. Turton. He did not pick up the first time. I called again, and he picked up.

He confirmed my worst fears.
My own Pius Adebola Adesanmi had died in the crash!

I was shocked. I was bewildered. And I became numbed. While many sympathizers were posting condolences, I could not. I was simply numbed. The reality of this was too blistering to me emotionally. It was scalding and scorching. It was very sweltering. I probably would not have felt this devastated if hit by howitzer. I began to ask “Why?” “Why?” “Why?” This was a nightmare. It did not qualify as a dream by any stretch of imagination. It was a hobbling nightmare. How could this happen? How did this happen? Why my own Pius? Why?

Prof. Adesanmi was a brilliant mind, and dazzlingly so. He was deep and expansive in his intellect. He was an intellectual giant. He was scholarly and effervescently so. His literary works exuded liveliness and mirthfulness. Like a cascading charming cataract, Pius poured his prose quixotically, to inebriate in its beatification. He penned his poetry purely piusly, to pierce the pulse of the primer in a manner only Pius could do it.

He was simple. He was smooth. He was silky. He was lucid, luminous and limpid. He was racy in a very steady manner. Deliberate in his cautious celerity, his style of rapidity was ringed with conscious torpidity. He often flavoured his writings with beautiful Yoruba words, something I have begun to copy, as one would have done with Latin or French to get the message across without any adumbration.

He was very sincere. He was committed. He was consistent. He was determined. He was dedicated to the struggle to make our society better. He was driven, propelled and possessed by the objective of a sane society. He wrote in search of a society that is functional, fair and frank with its citizens; a society that is motored by justice and sanctity of life.

He was an advocate of intellectual honesty in public discourse. Impatient and unable to tolerate foolishness, he still found a way to usher them away from his social media vicinity with some degree of civility without mincing his words. He suffered the untutored very gladly and with a controlled but ferocious intensity.

Pius Adebola Adesanmi was born in Isanlu – Makutu, in Yagba East Local Government area of Kogi State. (Yagba has a reputation to have an educational institution in the distance of every 500 metres radius). Professor Adesanmi attended Titcombe College, Egbe (named after Rev. Tommy Titcombe, a British – Born Canadian missionary who came to Egbe in 1908). He had a BA (First Class honours) from University of Ilorin in 1992, a Masters in French from the University of Ibadan in 1998 and a Ph.D. in French Studies from the University of British Columbia, Vancouver, Canada in 2002.

Between 2002 and 2005, he was an Assistant Professor of Comparative Literature at the Pennsylvania (Penn) State University, USA. 2006, he joined the Carleton University, Ottawa, Canada as a Professor of Literature and African Studies. Earlier, between 1993 and 1997, he has been a fellow of the French Institute for Research in Africa (IFRA). He was also a fellow of the French Institute of South Africa (IFAS) in 1998 and 2000.

He was the author of “The Wayfarer and Other Poems” which in 2001 won the Association of Nigerian Authors’ Poetry Prize. In 2010, his book “You’re Not A Country, Africa,” a collection of essays won the inaugural Penguin Prize for African Writing in the nonfiction category. He also authored “Naija No Dey Carry Last” in 2015. In 2017, Adesanmi was a recipient of Canada Bureau of International Educational Leadership Award.

In his last post on Facebook on Saturday March 9, 2019, Pius must have had the immortal words of Eric Pevernergie in mind while he penned his own immortal words. Pevernergie had posited, “Some ephemeral moments must be given a memory, because the temporality of an instant may radiate a twinkle of eternity.” And Pius with his last post did exactly that as he put forth the following:

“If I take the wings of the morning and dwell in the uttermost parts of the sea, even there your hand shall lead me, and your right hand shall hold me. – Psalm 139:9-10”

The words of Neetal Parekh, an Electronics Engineer, rings so true for our own Pius Adesanmi. “We are here for a second, but our impact ripples through time.” Pius was here for a second, played his own roles, left his indelible footprints in the sands of time and his impact is already rippling through time; and will do through eternity.

I feel greatly deprived by his demise. It is a very painful loss. A very hurtful one. May his brilliant, passionate, kind and beautiful soul rest in perfect peace. May Eledumare, the God of my fathers, grant us all the fortitude to bear his loss. Ase.

Once again, I have to end with a verse of John Donne's immortal lines:

“Each man’s death diminishes me,

For I am involved in mankind.
Therefore, send not to know
For whom the bell tolls,
It tolls for thee.”
'Remi Oyeyemi

5 killed in Boko Haram mine blast, ambush in Borno