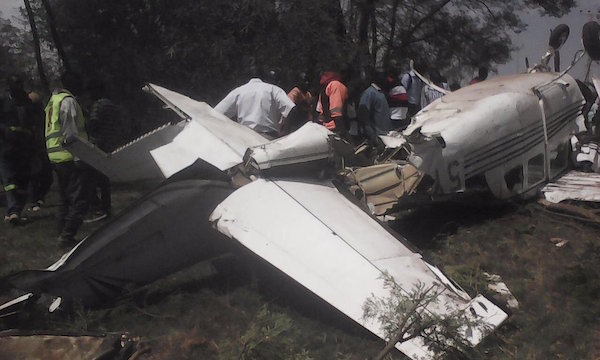 A light Cessna aircraft on Wednesday crashed in Kibera minutes after taking off from Wilson Airport, near Nairobi.

The plane was reportedly carrying 6 people.

The journalists on board were going to cover an opposition National Super Alliance (NASA) Rally in Baringo.

The journalists and crew have been taken to Nairobi West Hospital and are said to be in a stable condition.