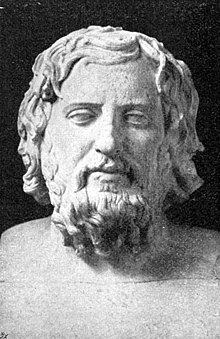 In my last article, titled “Achebe versus Obasanjo, Danjuma and Agbese”, I argued that bad political leadership is primarily responsible for the failed state of Nigeria, not corruption as many would like us believe. The duty of this article is to present some of the generally approved qualities of good political leadership and apply them on Nigeria’s past and present presidents and heads of state to see if the findings corroborate this position. It may also assist us to understand why Nigeria has remained underdeveloped since 1960 despite the huge resources available for its development.

We can easily recall that Plato, one of the great political philosophers, who lived in Athens between 429-347 BC, was deeply concerned with the issue of the quality of political leadership and this led him to insist that to be a political leader, one should be a “Philosopher King”. This king must be sound and strong in intellectualism and integrity. With such a leader on the throne, justice can be achieved for the common good of society. As such, morality or ethics is important to Plato in the achievement of the common good. But to Machiavelli, such quality as integrity and intellectualism may weigh down the political leader from achieving the common good and therefore, the leader should use any means possible to achieve the common good; what is important is the achievement of the common good (the Consequentialists). But the Deontologists argue that the leader is guilty as long as the means to the common good is amoral. This writer believes that the application of morality and ethics must of urgent necessity take prominent consideration in all political processes and ends and it is the absence of these that has created a world dominated by violence and crisis.

Integrity demands political leaders to be charismatic, disciplined, accountable and transparent in leading the society. A leader with integrity may suffer far less degree of corruption than one without integrity. To a charismatic leader it is given to be happy, smiling, not frowning, ever- ready to meet the led and know their problems and make genuine efforts to solve them. Whenever the leader speaks, the people find it palatable to listen and easily understand; so the leader carries them along. The charismatic leader is a popular leader who is admired and supported by the led. A disciplined political leader is one who is always prepared to do the right things, obey the rule of law and positive traditions and customs of the people. To this leader, behavior is important in the lives of everybody and so he leads by example. An accountable leader is one who is ready at all times to render stewardship account of how the peoples’ resources were used by him and the output and outcomes of such utilization. In doing his work, the leader is transparent by ensuring that nothing is hidden from the people and decisions are made by those who should make them. Therefore a disciplined, accountable and transparent leader will always insist that he should be prosecuted if it is suspected that he did wrong.

A good political leader should be intellectually sound in his knowledge of the society, the theories and issues of politics, law and the behavioural sciences. While on the leadership job, he could be trained on military and strategic studies, international relations, basic economics and technology. What intellectuality does in the leader is to imbue him with innate higher ability of rationalism in handling the affairs of the state.

A good political leader should be one that loves the people he leads. True patriotism or love for the people can dissuade the leader from defrauding the led for his own gains. This quality empowers the leader to work hard to reduce the sufferings of the people. This leader will be in the best position in understanding the essence and preservation of human lives. The death of a citizen may call for the shutdown of the state until the cause of the death is determined and dealt with accordingly. True patriotism does not mean the leader must kill other people for the good of his own people. The love for his people can be extrapolated to feelings for other peoples of the world, thereby discourage extreme actions against them.

The fear of God is yet another quality of a good political leader. In Political Philosophy and Ethics, less attention was given to this aspect of leadership quality except St. Augustine who mentioned that God has a role to play in human development planning and implementation. As a student of society, I know that all religions have knowledge of the Almighty God who created the heavens and the earth. It is therefore rational to consider the fear and respect for God by whoever wants to lead a people created by God. How do we measure this, by your faith you will be known. Faith begets principles which beget behaviours and actions. A leader with the fear of God may not agree to slaughter people directly or indirectly. Such leaders will have a better understanding of the meaning of human life no matter where such life is located on the surface of the earth.

Thus for Nigeria to progress, it needs leadership that has integrity, intellectualism, patriotism and fear of God. Applying these qualities on Nigerian political leadership, how many Nigerian leaders qualify to lead the country since independence in 1960? An attempt will show that over 90% of Nigeria’s past and present political leadership has no business in leading the country and that is the chief reason the country has remained underdeveloped since 1960. I will prove this very soon.

It is therefore important that come 2019, Nigerians MUST look for aspiring political leaders with these qualities and vote them into political office. If none, people should not vote. Nigerians have suffered enough in the hands of bad political leadership since 1960.

Egbe Omo Oduduwa: 2019- Why Asiwaju Tinubu Must Run for President

Ebonyi 2019: The Verdict Of The Unbiased

23 thoughts on “Plato, Machiavelli and the Qualities of Good Political Leadership”