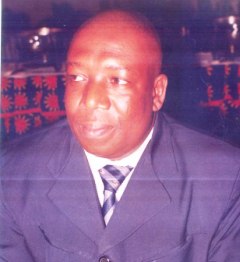 The issue of corruption has continued to dominate our national discuss in recent time. The sensationalism and criticism which the current anti-graft war has attracted leaves many with different perceptions. There are some who satirize it; still others politicize the whole process. But everybody seems to be on the same page that corruption is the bane of our national economic development, yet many are ready to do everything to sustain it. So, any sincere attempt to frontally tackle this menace would be seriously faulted and resisted by those who want the status quo to remain. While few have built empires of affluence for themselves and family through the proceeds of corruption, majority of other hapless Nigerians have continued to languish in abject poverty and wallow in sub-human living conditions.

For long, the country and its people have been regarded as a conquered territory by its leaders, this explains why the resources are pillaged, shared and carted away with reckless abandon. Successive administrations in the country have continued to throw up leaders with unimaginable appetite to steal even to the extent that they sometimes take more than they really have needs for. Unfortunately even our popular democracy is regarded by some as corporate kleptocracy. We have become an embarrassment in the comity of nations, a country of multiple paradoxes. Being one of the richest in terms of natural endowments yet having majority of its citizens living below poverty line. Blessed with vast arable land, yet having many hungry mouths around, having many sources of power generation and then living more in darkness than light. A country touted to be potentially elephant, yet substantially ant. Why is there much suffering amid plenty? Corruption remains the culprit here and must be arrested! Today, the nationa��s average life expectancy is a little above 50 years. In fact Nigeria is reportedly ranked 216th globally and 16th in the continent according to the World Health Organization (WHO). Surveys have also shown that most countries of Europe, Asia and Americas have average life expectancy of above 80 years. Unfortunately diseases such as malaria, diarrhea, HIV, diabetics, cancer, HBP etc have continued to remain life threatening in this 21st century.

Poor medical facilities and dilapidated social infrastructures are not helping the lots of the hapless citizens. The desire to consciously effect a change in the leadership of the nation informed the election of the incumbent administration in 2015 and Nigerians believed that the current president would have the political-will to bring the envisaged change. His intention to pursue the war against corruption was not hidden, therefore his manifestos copiously encapsulated this subject but three years on and corruption appears to be aggressively fighting back. Many had thought that the Buharia��s presidency would automatically nail the coffin of corruption in this country. Little did they know that this malaise is so deeply entrenched in the national psyche.

The trading of accusations and counter-accusations between government and the countrya��s main opposition party following the recent release of lootersa�� list is quite unfortunate, to the extent that the main opposition party has also come up with its own list. To be frank, this is not what Nigerians expect to see. If the fight against corruption is being trivialized this way on the pages of news papers, then we are sadly, a failed country. No nation that is serious to fight corruption would sincerely be entertained by this drama. One way to portray unseriousness about this on-going war against corruption is to ridicule it in this manner and I dona��t think any serious government can brook such needless comedy of parody. What point are we making here? Are we saying that those indicted never helped themselves with the public funds? I quite agree with the countrya��s main opposition partya��s position which is that it was not the party that looted the nation but individuals. So instead of continuously blaming the party for the nationa��s woes, let those individuals who are found culpable, be punished and their loots recovered.

Poverty does not know religion, tribe or politics, therefore undue sentiments being brought into this fight by even we the ordinary citizens who are the main victims of corruption is most regrettable. So the whole idea of whipping up of unnecessary sentiments here is neither logical nor meaningful. It does not also matter which corrupt person is indicted today or who is going to be culpable tomorrow, the important thing is let this war continue unabated. That man whose name is not on that list today is neither exonerated nor acquitted as todaya��s sacred cow may be tomorrowa��s scape-goat. What goes round usually comes around; it is just a matter of time. To expect a man who is investigating corruption suspects to begin with himself first before believing in the transparency of the process is most hypocritical. No, let him do the job cut out for him today, if he is latter found to have soiled his hands, another person would investigate him. Also the argument that this present government should investigate all corrupt cases from independence till now before one takes it serious is both puerile and fragile as no single administration can exhaust all cases of corruption in its life span. The fight should be a continuum; it is not expected to end with any government.

Even some of those indicted by this government are not denying it but are rather peeved because their perceived co-travelers on that messy lane are left out, but should a thief demand the arrest of all other thieves before being prosecuted? This too is unfortunate and it smacks of an attitude of an unrepentant criminal. Government should start with those on its own list but should be armed with a more convincing evidence to nail all those indicted without shielding other glaring cases of malfeasance within its fold. Remember like the president would say, a�� if we do not kill corruption then it would kill all of usa��a��.

13 thoughts on “Playing Politics With Corruption”