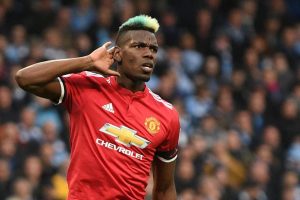 Manchester United manager Ole Gunnar Solskjaer is eager to build his team around midfielder Paul Pogba despite media speculation linking the French World Cup winner with a move away from Old Trafford ahead of the new Premier League campaign.

Pogba’s agent recently told The Times that the 26-year-old intends to leave the club, while the player said in Tokyo last month he could seek a new challenge elsewhere amid reports linking him to Juventus and Real Madrid

“Paul is a fantastic player, a fantastic human being and has always been a great professional,” Solskjaer told reporters in Perth.

“I said (previously), ‘if he’s in your squad, you’d build your team around him’… I haven’t changed that much since then, so I’d say the same now.”

Pogba, who joined United from Juventus in 2016 for a then-world record fee of 89.3 million pounds ($110.83 million), has blown hot and cold in his second stint at the club despite scoring 31 goals in 142 appearances.

“We know Paul has been criticised by a few but he’s loved by loads more,” Solskjaer added.

United, who finished sixth last season, kick off their new league campaign against Chelsea at Old Trafford on Aug. 11.