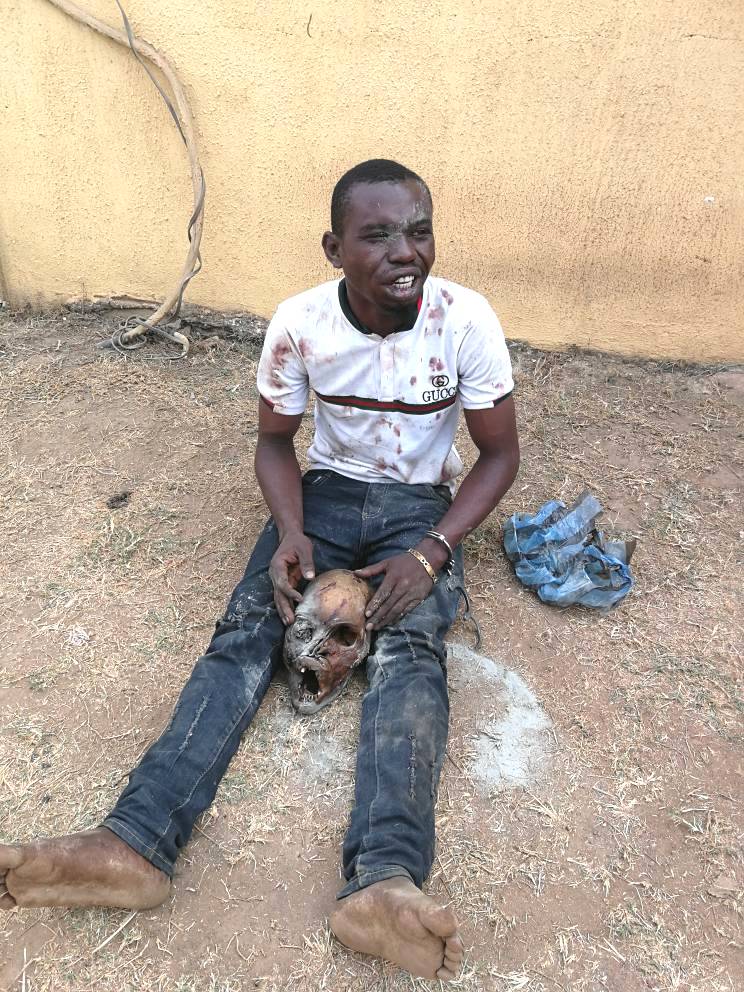 The suspect who is an indigene of Ondo state was arrested at Asese area of Ogun State.

He was arrested at about 12pm on Thursday, February 1st, 2018 by operatives of Federal Special Anti Robbery Squad (FSARS) who are on routine patrol of the area.

The Police Public Relations Officer for the Ogun State Police Command, Abimbola Oyeyemi told The Nigerian Voice that the arrest of the suspect followed an information from a member of the public who called the attention of FSARS operative to two men with a sack coming out of a nearby bush.

PPRO said the person informed the FSARS men that he went into the bush to defecate when he saw the two men hiding what look like a human head in a sack.

“Upon the information, the Policemen went after the two men and subsequently got one of them arrested while the other one escaped. On searching the sack with the arrested one, it was discovered that the sack contained a human skull”

“The suspect, on interrogation said that an herbalist asked him and his partner who he simply identified as Ijebu to bring a human head for money making ritual.”

The Baale (traditional chief) of Asese, Chief Kasumu Sonola commended the FSARS team for their quick response and routine patrol of his area.

Meanwhile, the Commissioner of Police in the state, CP Ahmed Iliyasu has ordered a manhunt for the fleeing partner of the suspect and prosecution of the already arrested one.

Northern Youths Order Igbos Out of the Region

Six Hydro Dams To Be Commissioned By The Federal Government Soon