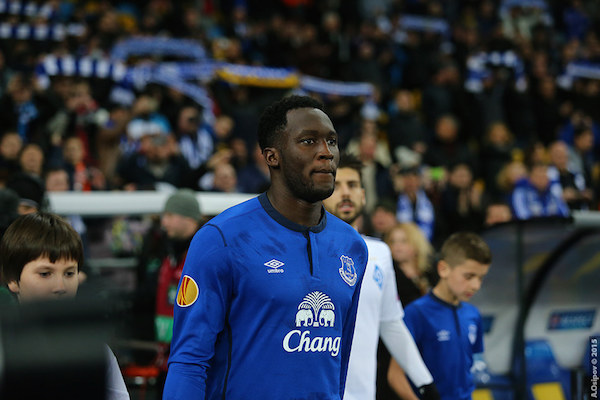 Romelu Lukaku has been on the backpages all week as his protracted move to Manchester United plays out but now he has been making headlines of a different kind.

According to a report from TMZ, the Belgium international, 24, was ‘arrested’ for misdemeanour disturbing the peace at his rented mansion in Beverly Hills on July 2.

However, the report says that Lukaku was not taken to a police station or formally booked, instead he was merely given a citation.

The TMZ story does not say what punishment Lukaku faces, but did say the striker was visited by police on six different occasions.

The report says that police were called to a day party at Lukaku’s rented home six times on July 2 following multiple complaints from his neighbours.

The striker has been on holiday with Paul Pogba in LA as the saga over his future plays out with United confirming on Saturday morning they have agreed a deal for Lukaku’s transfer.

United will pay an initial £75million for the striker, with a further £15m in add-ons depending on the player’s performances.

Lukaku would become the world’s most expensive player if all of the clauses are met, beating Pogba’s record £89m move to Old Trafford.