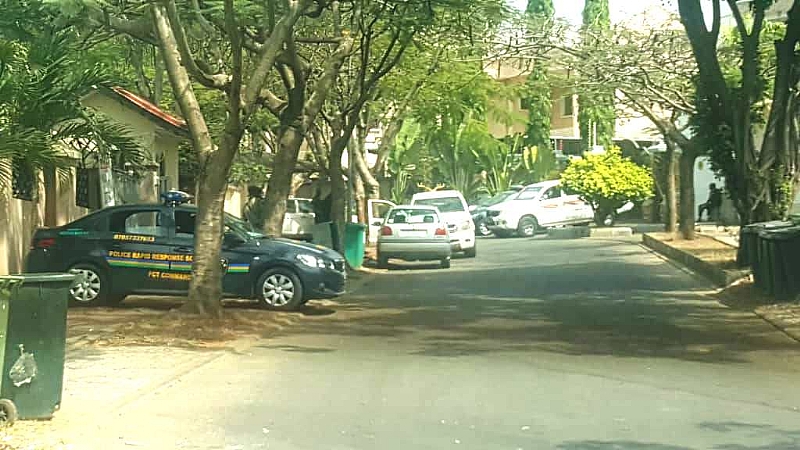 The Police have explained that operatives currently in the residence of Senator Dino Melaye are to effect his arrest.

According to the force, Melaye is to answer to the case of attempted culpable homicide on the shooting of a Police Officer, Sgt Danjuma Saliu, attached to 37 Police Mobile Force (PMF) while on duty at a stop and search point along Aiyetoro Gbede, Mopa Road in Kogi State.

It also stated that the alleged offence was committed by Senator Dino Melaye and his armed thugs in Kogi State on July 19.

FPRO, Jimoh Moshood, said in a statement that the wounded Police officer was yet to recover from the gunshot injury he sustained during the attack and still under intensive medical care.

“The Force will not tolerate attack on his personnel by any individual no matter how highly placed. The law must take its course.

“Members of the public will be kept informed on further development in the investigation of the matter”.

13 thoughts on “Police Explains The siege To Melaye’s residence”