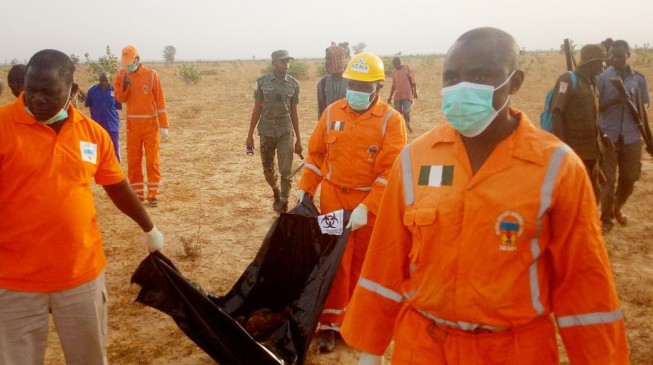 The Borno Police Command has confirmed that two suicide bombers attempted to infiltrate University of Maiduguri at the eastern part of the campus but shot death by Mobile police men on duty when sighted and two IEDs exploded Sunday night.

According to the police, normalcy has been restored in the area after the EOD team was deployed to the scene to sanitize the environment evacuate the remains of the two suicide bombers and clear the area.

The PPRO Borno Command, DSP Edet Okon in a statement Monday said in quote: “At about 2045hrs yesterday,two (2) suicide bombers (male & female), in an attempt to infiltrate University of Maiduguri through the Eastern end of d Campus, were sighted & promptly shot by F/Nos 378110 Sgt Obiora Elias,411295 Sgt Umoh Onosai & 449193 Sgt Danjuma Soda of 51PMF Oghara on special duty mine & a NAF personnel,16/29333 AM Monday B. on joint patrol.

“Otherwise, nothing adverse to report. Religious activities across d State were hitch free. Further details ,if any, will follow ,pls..”