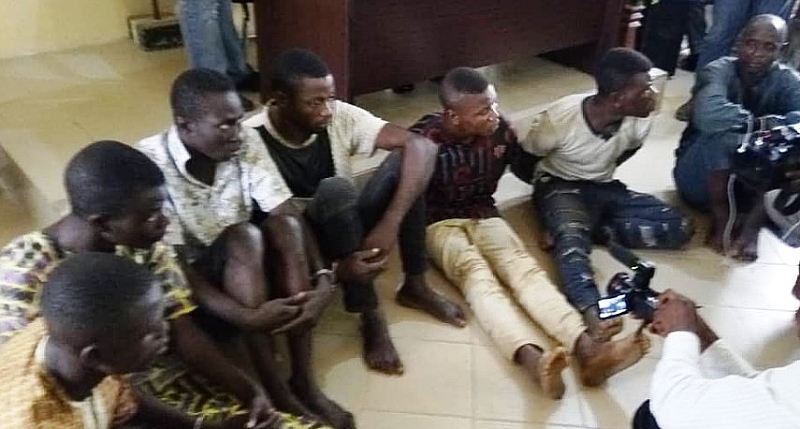 Seven suspected motorcycle snatchers have been arrested and paraded by the Osun State Police Command for killing commercial motorcycle operators in the area.

The first gang comprised of Mutiu Azeez and Afolabi Mayowa who allegedly killed a commercial motorcycle operator, Olatokun Mayowa at Iragbiji in Osun State have been apprehended by the police.

The Commissioner of Police in the state, CP Fimihan Adeoye paraded the suspects at the headquarters of the Osun State Police Command in Osogbo, the state capital.

The Police boss said the 37-year-old Mutiu who is popularly known as Tombolo and his 36-year-old accomplice, Mayowa have confessed that they murdered the motorcyclist and stole his bike.

Also, another set of motorcycle snatchers comprising an 18-year-old Opeyemi Adeyinka and a 21-year-old Isiaka Azeez, 21 were also paraded for killing another commercial motorcycle operator at Ila, and stole the bike of the deceased.

Similarly, the CP paraded another gang comprising of a 21-year-old Adekanye Taofeek and a 28-year-old man, Ademoyegun Femi for snatching motorcycles in the Modakeke/Ife axis of the state.

The commissioner of Police said the suspects would be arraigned in court and prosecuted adequately to serve as deterrent to other criminals.