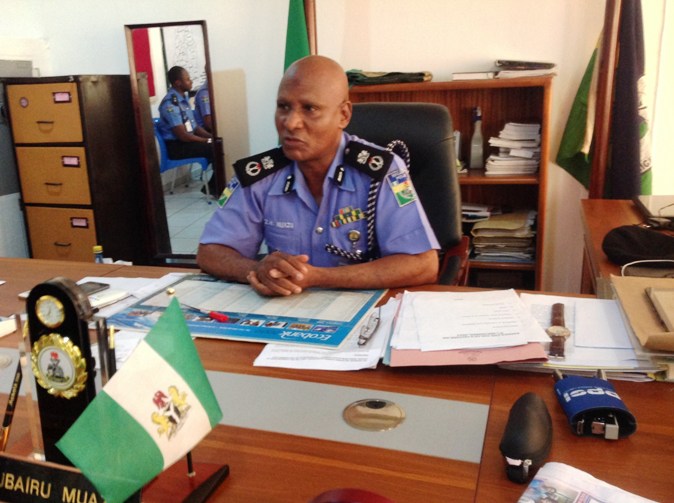 The Lagos State commissioner of police, Mr Zubairu Muazu, has said that Igbos and other ethnic groups in the state are safe to go about their normal businesses.

He gave the assurance on Thursday while briefing newsmen on the update of security situation in the state ahead of the governorship election of March 9.

According to Muazu, one serious issue the command is contending with is the menace of fake news circulated on social media, on the planned attack on Igbo traders in Lagos.

The commissioner, however, warned those he described as initiators and distributors of fake news to stop causing unnecessary tension.

He said that the command had provided adequate security for all Igbos and other persons in Lagos State.

“Let me re-emphasis that Lagos State is peaceful and Lagosians are peace-loving people.

“There is no tribe or community under threat in any part of the state. Our patrol and surveillance are intensified.

“We have reviewed and redoubled our strategies to ensure a peaceful conduct of Governorship and State House Assembly Elections come March 9.

” I called on Lagosians to support the police to serve them better by being vigilant and report any suspicious movement or persons to the police.

“Let me use this medium to sound a big warning to initiators and distributors of fake news. We will identify you, isolate you and bring you to justice.

”To good people of Lagos State, do not just believe everything you see on the social media, you are free to always verify such information from us,’’ he said.

The CP said he had met with some ethnic groups’ leaders, including the Igbos, Hausas and Yorubas after the presidential election, adding that suggestions and observations from the meetings would be used for other elections.

He said that there would be total restriction on the election day, stressing that no motorcycle or tricycle would be allowed to move as INEC had engaged vehicles to move materials and officials.