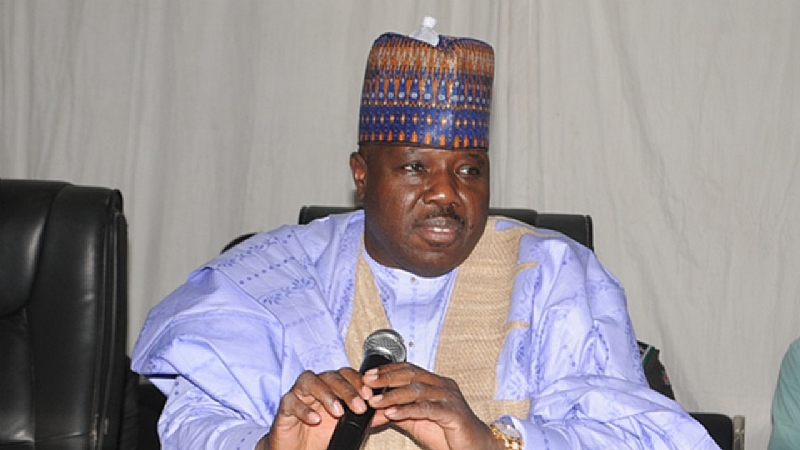 As the 2019 general election is fast approaching and with the final entry of Senator Ali Sheriff a.k.a. SAS into the ruling party, APC, happenings within and around the party indicates that all the APC machinery from the ward level to the state level have tactically and steadily shifted their loyalty and support to Senator Ali Sheriff.

This is not far fetch from the reality on ground that anybody in politics in Borno state since the SDP and NRC era to date that has ever been elected or appointed into any political office was under the influence and sponsorship of Senator Ali Modu Sheriff.

This history has continued to instigate and strengthen the political might and role of Ali Sheriff in Borno politics making him a king for both the young and old people. Because of his popularity and prowess he have been crowned the god father of Borno politics as nobody dare challenges SAS in terms of political maneuvering and influential display in the state from the grassroots up to the state and national levels.

This is why today, despite the feud that permeated into the seemingly smear relationship between the incumbent governor, Kashim Shettima and his boss who is also his predecessor, the former governor, of the state Senator Ali sheriff looms.

Happenings within and aroud the APC ruling party in Borno state has completely taken a new dimension with the rejoining of Senator Ali from PDP to APC Sheriff as the agitation for governorship, senatorship, house of representatives and even state assembly membership and LGC Chairmanship as well as Councillorship is now being controlled by Sheriff as almost all the aspirants are his political boys and have either been brought into the limelight of the Borno political arena by SAS or through his influence at the ward, LGA, state and national levels which he still muscles the influence and enjoys absolute loyalty of his supporters and members as a political god father of Borno state .

Political Analysts observe that much was expected from Governor Kashim Shettima much earlier than now as to who will succeed him and whether he will be going to the senate as other ex-governors after their second tenure do and even pick successors among their cabinets or commissioners but to no avail.

Similarly, many people had expected that Kashim Shettima may not be going to the senate in 2019 but at least his successor should be nominated before the coming of Ali Sheriff into the party, knowing fully well, the strength and influence of Senator Modu Sheriff politically.

The failure of Kashim to decide who to succeed him and whether he will be going to the senate or not remains elusive and left many political observers and aspirants worried and helpless as confusion and tension have taken over the political situation of the state today with the reemergence of the former State Party Chairman, Hon. Ali Bukar Dalori as the State Party Chairman last Saturday coupled with the coming of SAS into APC and his popular acceptance makes the political environment loomy.

Most political observers in the state have expressed fear that politicians with political ambition or aspiration that are loyal to Kashim Shettima may be in a fix and those loyal to Ali Sheriff may stand the chance to be successful with the political and financial strength and influence of Ali Sheriff.

Some politicians however criticized the situation and expressed fear on the basis that the political atmosphere remains indelible as every body knows fullywell that SAS controls and manages the political arena of the state at all levels by hook or crook. And nobody stands before SAS to challenge him or his decision politically as he always displays.

This was evidenced when he was in PDP until the Supreme Court removed him from office or power and in Borno, nobody can even attempt to do so. Therefore, all the politicians are now waiting for his decision on the choice of who to succeed Kashim Shettima not Kashim Shettima to decide who to succeed him in 2019 as he succeeded SAS in 2011.

Same thing goes to the issue of those to contest for the senate, the decision now is left to SAS just as that of the House of Representatives and State Assembly.

From look of things, any attempt to go contrary to what SAS may decide, could lead to those loyal to Kashim Shettima gradually withdrawing their loyalty and support to return back to SAS camp which from all indications, if such will happen, it will be disastrous for those in Kashim Shettima's camp. People are afraid that gradually , everybody closer to Kashim may end up disappearing from Shettima's side back to Ali sheriff.

This is the dangerous stage of the political tutelage of Borno state that seems to be bedevilling the state as to who controls and rules the APC party machinery despite the allegation of hundreds of thousands of naira being distributed to APC delegates at the ward, LGC and state levels during the Congresses while some opposed aspirants were banned or restricted from appearing at the congress ground.

Investigation revealed that some delegates were warned not to oppose any decision made neither oppose the selected candidate in the name of consensus or reaffirmation where delegates were assembled and asked to say yes in reaffirmation and nobody was allowed to oppose any candidate chosen among the contestants including supporters of the opponents allowed to be at the congress.

Other burning issues or allegations is the distribution of cash to the 7,129 delegates that were invited to come and make reaffirmation to only one candidate out of the three candidates that purchased the state chairmanship form, Ali Bukar Dalori, Bakura Shettima, State Coordinator, Kashim Shettima Modu Campaign Organization, (KSM) and Mustapha Fannarambe State Commissioner for Religious Affairs, Borno state.

Many politicians in Borno are unhappy with the development and criticized the manner the state congress was conducted or the state chairman was reelected. Although, Governor Kashim Shettima and State Commissioner for Justice, Barrister kaka Shehu Lawan were of the view that the process was peaceful, without any rancour, democratic and constitutional as well in line with the provisions of the party electoral process

But many were opposed to the whole processes right from the ward congress to the state Congress as 95% of the party executives and leaders were retuned unopposed on instructions or directives against the wishes and interests of the people.

Some blamed the state government for masterminding the entire process and sponsoring the Congresses against the majority. This allegation also seems to be responsible for the absence of Senator Ali Sheriff at all the Congresses even that of the state congress due to the conflicting interests which many politicians were opposed to and very critical about the processes.

This made the political situation in the state to be doomed because nobody can tell what will happen next or the steps that Senator Ali Sheriff will take to correct the ills because majority of the APC members and supporters today in Borno are all SAS boys and followers right from day one even before the coming into politics of Kashim Shettima whom SAS brought into the limelight of Borno politics as a banker from Zenith bank to serve as his finance commissioner in 2007.

The questions still remain, who will succeed Kashim Shettima in 2019 and if Kashim will be going to the senate or not. What is the interest of Senator Ali Modu Sheriff in Borno politics.