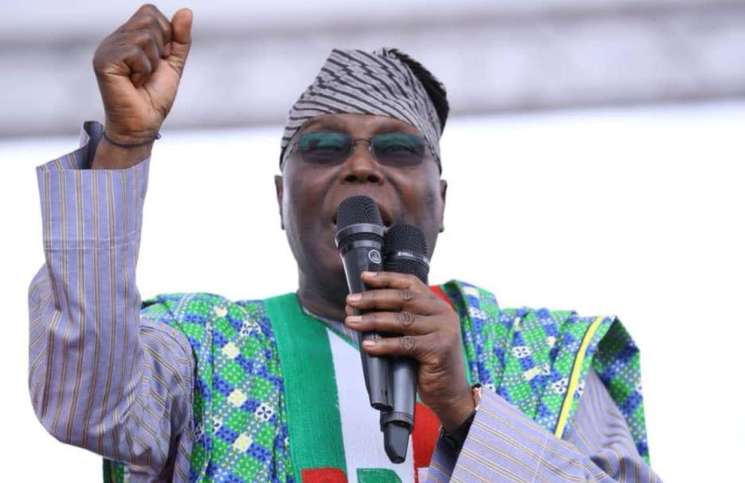 The Presidential candidate of the People’s Democratic Party (PDP), Alhaji Atiku Abubakar and Delta state Governor, Ifeanyi Okowa, have been described as uncommon assets that would provide the needed leadership towards enhancing good governance.

The National Secretary, Campaign Stream/Flow, a political support group for the actualization of the Presidential ambition of Alhaji Abubakar, Engr. Bemigho Ofoeyeno and the Director of Mobilization, Mr. Benson Diaso, who stated this in Asaba at the inauguration of the local government Coordinators of the Campaign Stream/Flow, urged members to galvanize support for the re-election bid of Governor Okowa.

The duo, who frowned at the unabated killings by the Fulani herdsmen and the Boko Haram insurgency in the North East geo political zone also decried the level of the economic instability in the country, stressing that the PDP Presidential candidate, Alhaji Atiku Abubakar has what it takes to fix the problem of Nigeria.

While calling on the electorates to vote massively for all the candidates of the People's Democratic party in the forthcoming general elections, Engr. Ofoeyeno enjoined Nigerians to collect their permanent voters cards to enable them vite out the APC led Federal government which he maintained had impoverished Nigerians

Engr. Ofoeyeno and Mr. Diaso noted that Governor Ifeanyi Okowa through his administration SMART agenda had touched all sectors of the economy positively, adding that the administration had also embarked on massive roads and drainages construction and transformed the health sector as well as various empowerment programmes.

Also in their separate remarks, the State Coordinator, Campaign Stream/Flow, Flourish Stevens, the Delta Central Coordinator, Mr. Iroro Sakura, Mr. Peter Okonkwo and Hon. Monday Ono's said that Nigerians were eager to return PDP to power and described Alhaji Abubakar as a focused politician with the right attitude to put smiles on the faces of Nigerians, just as they recalled that the group had been existing before Atiku was elected as the PDP flag bearer in the 2019 Presidential election