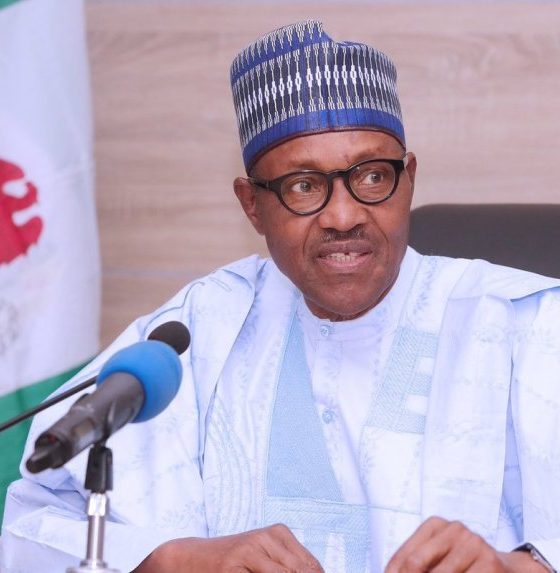 Political ignorance in Nigeria is deep and widespread. The current government policies and inactions lays it to bare. Although lots of things has changed and improved, much other recent political controversy, such that allows for solidarity rally for a legislative election meant to take place within the legislative chamber and such that even the would be leaders of Parliament paste posters seeking only what God knows leaves but nothing to desire about the ignorance that permeates the political space.

Democracy is the rule of the people, by the people, and for the people. But in order to rule effectively, the people need political knowledge. If they know little or nothing about government, it becomes difficult to hold political leaders accountable for their performance. Unfortunately, public knowledge about politics is disturbingly low.

In addition, the public also often does a poor job if any in evaluating the political information they do know. This state of affairs has persisted despite rising education levels, increased availability of information thanks to modern technology, and even supposed rising IQ.

It is mostly the result of rational behavior, not stupidity. Such widespread and persistent political ignorance and irrationality strengthens the case for limiting and decentralizing the power of government.

A recent survey found that only 32 percent of the country’s population can even name the three arms of the government: the executive, the legislative, and the judicial. There is also much ignorance and confusion about such matters as which government officials are responsible for which issues

Widespread ignorance is not a new phenomenon. Political knowledge has been at roughly the same low level for decades. But it is striking that knowledge levels have risen very little, if at all, despite rising educational attainment and the increased availability of information through the internet, cable news, and other modern technologies.

Political leaders react to data like the above by thinking that the voters must be stupid. But political ignorance is actually rational for most of the public, including most smart people. If your only reason to follow politics is to be a better voter, that turns out not be much of a reason at all. That is because there is very little chance that your vote will actually make a difference to the outcome of an election.

For most of us, it is rational to devote very little time to learning about politics, and instead focus on other activities that are more interesting or more likely to be useful. As former British Prime Minister Tony Blair puts it, “the single hardest thing for a practising politician to understand is that most people, most of the time, don’t give politics a first thought all day long. Or if they do, it is with a sigh…. before going back to worrying about the kids, the parents, the mortgage, the boss, their friends, their weight, their health, sex and rock ‘n’ roll.” Most people don’t precisely calculate the odds that their vote will make a difference. But they probably have an intuitive sense that the chances are very small, and act accordingly.

Voting is a lot cheaper and less time-consuming than studying political issues. For many, it is rational to take the time to vote, but without learning much about the issues at stake. This is why our leaders fail and all we do is wail.

There are people who learn political information for reasons other than becoming better voters. Just as sports fans love to follow their favorite teams even if they cannot influence the outcomes of games, so there are also “political fans” who enjoy following political issues and cheering for their favorite candidates, parties, or ideologies.

Unfortunately, much like sports fans, political fans tend to evaluate new information in a highly biased way. They overvalue anything that supports their preexisting views, and to undervalue or ignore new data that cuts against them, even to the extent of misinterpreting simple data that they could easily interpret correctly in other contexts. Moreover, those most interested in politics are also particularly prone to discuss it only with others who agree with their views, and to follow politics only through like-minded media.

All of this makes little sense if the goal is truth-seeking. A truth-seeker should actively seek out defenders of views opposed to their own. Those are the people most likely to present you arguments and evidence of which you were previously unaware. But such bias makes perfect sense if the goal is not so much truth as enhancing the fan experience.

Perhaps the solution is a better public school curriculum that puts more emphasis on civic education. The difficulty is that governments have very little incentive to ensure that public schools really do adopt curricula that increase knowledge. If the voters effectively monitored education policy and rewarded elected officials for using public schools to increase political knowledge, things might be different. But if the voters were that knowledgeable, we probably wouldn’t have a political ignorance problem to begin with.

Moreover, political leaders and influential interest groups often use public education to indoctrinate students in their own preferred ideology rather than increase knowledge. Indoctrination was one of the major motives for the establishment of public education in the first place. Isn’t that what the missionaries came to us with and for?

Even if public schools did begin to do a better job of teaching political knowledge and minimized indoctrination, it is hard to see how students could learn enough to understand and monitor more than a small fraction of the many complex activities of modern government. This is not to say that we shouldn’t try to use education to increase knowledge. Incremental improvements are probably possible. But if history is any guide, they are unlikely to be very large.

It can only be of hope that the second term of president Buhari will be devoted to increase the number of out of school children to be enrolled in schools particularly in the north such that we will have less willing hands for insurgents. Hopefully, an increased attention on education through budgetting as prescribed by the united nations will be a focus of the administration in the new dispensation. No nation grows beyond the awareness of her youth and that can only be made possible through quality education.

Reducing the size of government could also alleviate the problem of ignorance by making it easier for rationally ignorant voters to monitor its activities. A smaller, less complicated government is easier to keep track of and not the many ministers for and of as it has been the practice.

Costs can be reduced by decentralizing to lower levels of government or to the private sector, and such costs are in any case declining thanks to modern technology.

Political ignorance is far from the only factor that must be considered in deciding the appropriate size, scope, and centralization of government. For example, some large-scale issues, such as global warming, are simply too big to be effectively addressed by lower-level governments or private organizations. Democracy and Political Ignorance is not a complete theory of the proper role of government in society. But it does suggest that the problem of political ignorance should lead us to limit and decentralize government more than we would otherwise.

As we journey on and Bubu takes another oath for a second term, beyond wishing the country well, the president and his team must begin to do things rightly and well.

May the people benefit.
Ayo Ologun is a public affairs analyst, a media practitioner and a columnist with the KAFTAN media group. He writes from Osogbo.

WE ALL LIVE IN FEAR.

The Stinking Gap Between Politics And People

IPOB: THE DIVISIBILITY OF NIGERIA

9 thoughts on “Political Ignorance: As Buhari Takes A New Oath.”