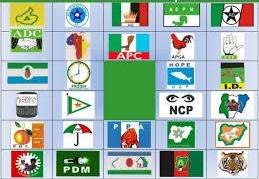 The lack of internal democracy, mobilising political support along tribal and regional lines, and using violence to intimidate rivals or force certain opinions are some features of some of the political parties in Nigeria today. They are also used as vehicles of transporting leaders from one election to another with very little activity between the elections.

From 1999 on, the parties began to articulate the communal and personal interests of their respective leaders. Personal interests were conflated with communal or ethnic interests. How parties mobilised political support along ethnic lines widened social and political schisms. The parties have also failed to promote a culture of internal democracy, accountability, and good governance. Although they are required to foster internal democracy through free and fair elections, the last eighteen years have witnessed increased internal conflicts within the parties. Where parties have attempted to conduct internal elections, the results have largely lacked credibility.

This period has also witnessed conflict between the interests of party leaders and the interests and aspirations of voters. Party supporters clearly prefer to have the local leaders they can trust to articulate their interests. But the founder members or the national leadership of the party prefers individuals who are loyal to them.

All this is happening because the mechanisms by which voters can hold their party leaders accountable are not in place. The various political parties are owned by the party leaders; party members have no voice in the running of party affairs. The alliances also represent the individual interests of the founder members of the parties comprising the alliance.

The Independent Electoral National Electoral Commission (INEC) has also shown little or no interest in addressing the problems in the political parties. The Commission is so fearful of political parties and their leaders, that it cannot take action on any party or party leader who has committed an offence. It's well known that INEC has not sue any political party leader who have been accused of hijacking party process to their own favour, all this pose a lot of danger to our democracy.

Lastly, it should be known that once the masses loose interest in democracy, doom and anarchy awaits our country. The least we can do is to save our democracy now, rebellion will continue to build up if we constantly oppress the wishes of the majority.

My View Point on Disability Act in Nigeria

Retrospect: Akpabio's False Alarm, A Gimmick Of A Con Artist.

10 thoughts on “Political parties Are failing Nigerians Yet Again”