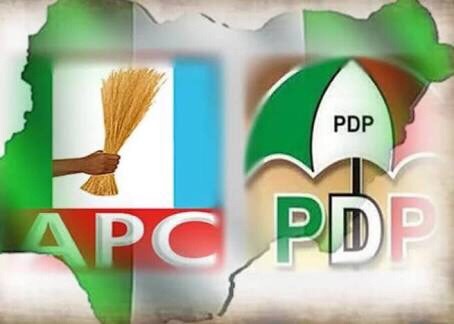 In the last one month, Nigerians have witnessed the movement or abandonment by politicians of one political party for another. The reasons they give have ranged from impunity, inadequate reward, harassment and undemocratic impositions by their former political parties who now perceive them as political enemies. Examples of such harassment were the closure of the National Assembly (NASS) complex in Abuja last Tuesday, 7th August, 2018 and the barricading of the residential houses of the Senate President and his deputy penultimate week, all by the Nigerian Police. Due to this, many members of the NASS defected from the APC to the Peoples Democratic Party (PDP) including the Senate President, Dr Bukola Saraki. But the Federal Government has responded to say that it did not authorize the police to take such actions, hence the government sacked the director of Department of State Security (DSS). My concern here is that it appears many Nigerians are surprised and not happy with such happenings and so they criticize the police, the APC and the Federal Government of Nigeria. Why? The actions of the police and the government are undemocratic, they argue.

While I agree that these actions are undemocratic, defections in Nigerian Politics is never new. It happened in the First Republic, Second Republic and this Third Republic (some wrongly call it the Fourth Republic; how can it be the Fourth Republic when there was no civilian president and the government was firmly under the military government of General Ibrahim Babangida?).

Further interrogation on why these defections, some people explain that it is part of the normal process of reaching matured democracy in Nigeria. I do not agree with this school of thought. Normality in this case of changing from one political party to another should bear purposeful change that is significant and leading to the ultimate change. I think the defections in Nigerian politics are merely for selfish interests, not common good. Otherwise how do we explain the fact that these same people were in the ruling PDP before the 2015 elections and merely decamped to APC seeing that APC will enable them win elections. As long as such defection is for self, it has no usefulness to Nigeria on the long run. So the change does not alter anything meaningfully. It is a change without change. When change is merely for the sake of it, its content is hallow and tends to be the same especially in character even though it could be different in colours and times. It is this character of appearing differently (in time and colour) that tends to confuse people to think that such change is an evolution. True evolution change or defection comes with different content, message and structure that MUST address the fundamental defects of the old order. That is surely not what is happening or has happened in political part defections in Nigeria.

Another reason for the defections in Nigerian Politics is to sustain the elites fight or struggle for the resources of the state. One of the key characteristics of elitism is to have control of the political and economic powers of the state. This fight does not recognize the interest of others in the society, it is only the interest of the elites that is important, that is why they do not see the shame in defecting from a party they joined less than five years ago, they do not care for whatever people may feel about defection after all they control the people with the funds they steal from the treasury. Thus elites fight in Nigeria is never social or for society’s interest, and therefore should be totally ignored. If it were social, those involved, whether common or uncommon defector should have gone to the court to challenge the unfair or undemocratic behavior by their former political party.

In good politics, defections must be as a result of change in ideological principle of the politician. A Political Ideology is the perceived and believed route towards achieving a good society. For example, Liberalism and Socialism are the two most ancient and principal ideologies that had influenced Politics and Political Party formations. Liberalism strongly believes that the market forces should determine who gets what, how and when in society. Therefore Capitalism is the instrument to achieve the good society; thus, government or the state does not partake in the production and distribution of goods and services. This is why you hear people say government has no business in business. But Socialism believes that the government or state has a role to play in the production and distribution of goods and services in the society. Its instrument is the bureaucracy or the workforce of the state. So in Politics, it is left to the individual to chose the ideology that tallies with his or her vision of a good state and this is what informs joining or voting for a particular political party. Defection therefore can occur when the political party begins to deviate from its ideological stand or principle. In these cases of Nigerian political party defections, it has nothing to do with part deviations from ideological principle. This is proven by the reasons for defection as indicated above. Those reasons are thoroughly selfish, not ideological.

The primary effort of the Nigerian politician is political power for economic power. With this power he or she is able to cause trouble in his or her locality, recruit cult boys and girls, buys guns and ammunitions for them, pay them monthly, ensure that in that locality they are the only ones with meaningful life to live. They ensure that after paying workers salaries as government, all the other funds should go for capital projects where they can easily make money by cheating the people through over inflation of contract prices, poor jobs, abandonment of jobs or non performance at all and the money shared among themselves. The Nigerian politician is a total illiterate, stranger and abuser of what is Politics. It is not about age, so whether it is “too-young-to run” or “too-old-to-run” the result is likely going to be the same. It is also not about tribe or gender.

Therefore the solution to Nigeria’s political leadership shame and mess is to first of all totally ignore the current crop of political leadership, raise a new set of political leaders who know what politics is and how to go about it for the common good of the society. Such leaders must have integrity, intellectualism, patriotism and the fear of God with which they can insist that the right things must be done.

Hausa Are The Most Marginalized Nigerians