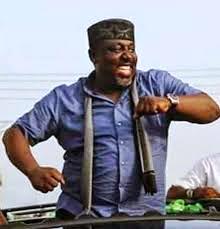 In his avowed decision to cow his Deputy, Prince Eze Madumere whose profile seems to have dwarfed his choice candidate and his son-in-law, Uche Nwosu, to succeed him in 2019, Governor Rochas Okorocha Thursday laid-off some of his cabinet members said to be loyal to the Deputy Governor.

Among those sacked are Dr. Martin Ohiri, the Commissioner for Sports and Mr. Stephen Odoemena who was the Transition Committee Chairman, Mbaitoli local government area of the State where the Deputy Governor hails from.

Okorocha reportedly sacked the said Madumere’s loyalists after attempts to intimidate them had failed while promising to unleash more actions to humiliate his Deputy aa�Zt home.

Sources close to the Imo Governor revealed that the latter has resolved to take extremes to stop Madumere at home following stiff resistance by his kinsmen.

This measure is not unconnected with the fact that Mbaitoli, which is the largest and most populous local government in the a�Zstate has proved too tough for the governor to penetrate.

Mbaitoli youths recently resisted and rejected Governor Okorochaa��s son-in-law when his train of endorsements visited the local government, resulting In a free for all fracas, with scores injured.

It was also alleged that the Governora��s son-in-law’s attempt to lure ward chairmen with mouth watering promises failed woefully as they were said to have out rightly rejected his overtures.

The latest sack of every appointee perceived to be close to the Deputy Governor is a last ditch effort to stop Madumere whose profile has continued to rise despite all odds.

The Sports Commissioner was immediately replaced with one of the supporters of Governora��s son-in-law, Mr Dangod Nworie who was said to have been promised House of Representatives ticket, while the TC Chairman was replaced with another loyalist to Uche Nwosu, Mr. Collins Ugorji.

Meanwhile, in a stakeholders meeting convened by Governor Okorocha, he said he would crush his deputy and retire Senator Ifeanyi Ararume. He boasted that if he could retire Senator Arthur Nzeribe, Chief Emmanuel Iwuanyanwu, Chief Ikedi Ohakim among others, how much less others.

The rift between the two friends of many years was occasioned by Governor’s decision to foist his son-in-law on Imo people against the wishes of the party stakeholders and Imo people.

It was against this backdrop that Governor Okorocha endorsed his deputy for Senate, which was rejected by the number two citizen, citing charter of equity, experience, capacity and competence.

Those familiar with the rift further purported that it may not be unconnected with Deputy Governor’s pains over other irreconcilable issues bothering on policy somersault, due process and anti-people policies among others.

Effort to reach the Deputy Governor proved abortive as he was said to have traveled out of the State while his media aide, Uche Onwuchekwa refrained from speaking saying he lacks the jurisdiction to speak on the matter since his boss has warned against joining issues.

This same intimidation seems to be creeping into all facets of the State signaling that Imo people would have to brace up to contend with the present trend of unleashing armed hoodlums on the streets of Owerri employed by the Deputy Chief of Staff to the Governor, Uju Kingsley at the instance of the Governor.

One of the All Progressives Grand Alliance (APGA) Governorship aspirants, Hon. Uche Onyeagocha accused the Commissioner of Police of conniving with Governor Okorocha to instill fear, annihilate Imolites who are being molested, intimidated and beaten like common criminals for failing to meet up with Governor Okorochaa��s draconian policies.

25 thoughts on “Politics Of Intimidation: Okorocha Sacks Sympathizers Of Madumere”