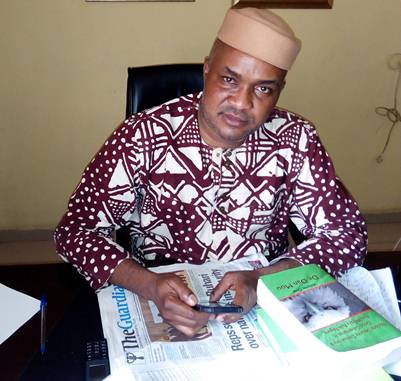 Already, presidency officials are singing the praises of the United States administration even as a newspaper reported one of these officials as stating that Nigeria is benefiting more now under president Trump than it did during the administration of Barrack Obama which was obviously a big obstacle to the fight on terror in Nigeria by the then president Goodluck government. With that Presidential statement it appears the blame has now shifted away from the immediate past Nigerian leader to the American President contrary to the litany of lamentations targeting Goodluck Jonathan by the current administration as the regime that did not combat Boko Haram terrorism with vigour.

First the United States of America issued a damaging human rights record indicting the Nigerian administration under president Buhari whom the Trumpa��s administration had invited on a state visit to the white House.

Secondly, in that same week, the hitherto reclusive president of North Korea Kim Jong UN signed a peace accord with the South Korean president Mr. Moon Jae just as the package includes serious and honest a�?discussions about denuclearization,a�? so says Agency reports.

Coming back to the first verbal bombardment of Nigeria in a report on the abysmal human rights record of president Buhari, the United States State department summed up the American distaste at the poor human right record of their guest Muhammadu Buhari, thus: a�?There were several reports the government or its agents committed arbitrary and unlawful killings. The national police, army, and other security services used lethal and excessive force to disperse protesters and apprehend criminals and suspects and committed other extrajudicial killings. Authorities generally did not hold police, military, or other security force personnel accountable for the use of excessive or deadly force or for the deaths of persons in custody.a�?

So it can be deduced that the administration of Donald Trump will today sound out the Nigerian president on what the government has put in place to address all the diverse issues of poor human right status of the administration which is almost winding up its first term.

The development in the Korean Peninsula should also serve the Nigerian leader as a good picture of what the American president can do should the violations widens.

However, the ideology of America first which president Trump holds so dear may remind us that the united states administration may have issued the damning human rights record on Nigerian just to placate critics who may view president Trump as only concerned about the commercial gains he can make from Nigeria notwithstanding the abysmal human right status of the government headed by the ex-military dictator.

Critics are already observing that the concerns raised by America on the speedy infiltration of Africa by China could make president Trump to overlook the available body of knowledge on the extensive abuses of human rights of Nigerians by government just so that Nigeria can do more business with Trump and forget about looking towards the East to China for investments and trades. It is still not clear how this pans out given the fact that the USA is no longer a big time customer of Nigeria’s rich Brent crude oil. America is increasingly looking inwards for their energy sources. Also America is speedily working on green cars to take away the pressure of fuelling their automobiles in the next two decades. But the Embassy officials in Abuja posted online that Economy and Security will dominate the discussions between Trump and his guest tonight President Muhammadu Buhari.

So Nigerians are keen on seeing how the diplomatic encounter between Trump and Buhari would proceed even as the blood cuddling violence unleashed by armed Fulani herdsmen have continued to attract international attention to Nigeria.

In faraway Vatican City, in Rome, the Holy Father had last weekend condemned the emerging pattern of mass killing of Christians. News reports from Rome are disturbing. It goes as follows: a�?Nigeria was stricken again with the killing of a group of faithful, among whom were two priests.a��

Pope Francis repeated his frequent prayers and plea for peace in Nigeria on April 29, 2018. His comments came after praying the Regina Coeli with crowds of the faithful in St. Petera��s Square.

a�?Last week the Christian community of Nigeria was stricken again with the killing of a group of faithful, among whom were two priests,a�? the Holy Father said. a�?We entrust these brothers to the God of mercy, that he may help those very tried communities to rediscover concord and peace.a�?

Two Catholic priests were among the victims of an April 24, 2018, attack on parishioners at St. Ignatius Parish in Ayar-Mbalom, a community in the Gwer East local government area of Benue State.

A local source told ZENIT the murdered priests were Fr. Joseph Gor and Fr. Felix Tyolaha. The source said as many as 20 mayhave died in the attack during Mass at the church. The attackers are believed to be Fulani herdsmen and be part of an ongoing reign of terror by Muslim extremists against Christians.

a�?The government apparatus is completely, as it seems to us, helpless, dysfunctional or deliberately helpless and deliberately dysfunctional,a�? said Bishop William Avenya on behalf of the other Bishops present, as quoted in Vatican News.

The Holy Father has repeatedly appealed for an end to violence in Nigeria, which has both large Catholic and Muslim populations. ZENIT recently published a young teenagera��s account of the violence facing the nation.

The Pope who recently clocked five in the Papacy has gained global ascendancy in the area of conflict resolution just as his focus on Nigeria must be a consolation to us that the Nigerian government will henceforth face global monitoring mechanisms. This was how The Guardian of London assessed the global pride of place of the Pope so we know that Nigeria may not remain the same given that the Holy See has now shifted focus to the mass killings in Nigeria.

The Guardian reports that Chatham House is one of the most important foreign affairs thinktanks in the UK.

It adults however that on Wednesday its focus will not be a president or an organization like the World Bank, or the future of the EU after Brexit, but a religious leader: Pope Francis. And it will be the third time in recent weeks that Britain has turned its attention to the pope.

Two weeks ago, the Foreign Office-sponsored think-tank Wilton Park took delegates to the Vatican to meet the pope and discuss violent religious extremism, while last week the Metropolitan police commissioner, Cressida Dick, was in Rome to talk with Francis about modern slavery.

This engagement confirms the pope as one of the leading figures of the age. It will be five years on13 March since the then Cardinal Jorge Bergoglio of Buenos Aires was elected leader of the worlda��s 1.3 billion Catholics, following the shock resignation of Pope Benedict XVI.

Since then, Bergoglio, who on election took the name Francis after St Francis of Assisi, has become hugely popular. Even atheists declare: a�?I love this guy!a�? on social media.

Fellow church leaders, such as the Orthodox leader, ecumenical patriarch Bartholomew, and the archbishop of Canterbury, Justin Welby, politicians and other public figures flock to meet him. The Chatham House event will explore the Roman Catholic Churcha��s role in diplomacy, its relationship with the US, and the significance of the first post-western pope, who has diluted the Eurocentrism of the Vatican.

It was quickly evident after his election that Francis was very different from Pope Benedict XVI, who resigned in February 2013, following a series of financial scandals in the Vatican. He had more energy and enthusiasm for meeting people than his diffident Bavarian predecessor, and also responded, as John Paul II had done before him, to the issues of the age. But whereas the Polish John Paul focused on communism and the cold war, the Latin American pope, a child of economic migrants, has turned his attention to the plight of people uprooted from their homes: refugees, victims of trafficking and modern slavery. In 2016, in a defining gesture of his papacy, after a visit to the Greek island of Lesbos, the entry point for thousands seeking asylum in Europe, he took home with him on his plane to Rome three families of Syrian Muslim refugees.

He is also deeply aware of the impact of climate change on the planeta��s poorest regions and, in 2015, published his green encyclical, or teaching document, Laudato Si, which he subtitled On Care for Our Common Home, urging people to rethink their relationship with Goda��s creation. Conservative Catholics, especially in America, claimed he was telling SUV drivers that they were committing a sin. It is the document Francis seems most proud of, offering it as a gift to his visitors. Some, such as the Prince of Wales, appear deeply appreciative; others, such as President Donald Trump, far less so.

Francis Campbell, a former British ambassador to the Holy See and now vice-chancellor of St Marya��s University, said: a�?There is a lack of confidence about the future of society and Pope Francis is occupying a space that few others are. He is speaking to a constituency that is looking for a form of leadership.

a�?The fact that people who are not interested in religion are interested in him is a reminder of the lack of global leaders. Who else is not retreating into nationalism or isolationism? Who else is reminding us of the big ethical issues?a�?

As a world leader, Francis certainly appears to have little in common with Trump. During the Obama administration, the US president and Vatican diplomats worked behind the scenes to bring Cuba and the US towards some kind of rapprochement after an icy stand-off lasting more than 50 years. But there appears to be no love lost between the pope and Trump.

The above reports detailing the international strategic place of the Holy Father may be a thing of joy to the suffering millions in Nigeria that perhaps our situation has received global attention.

State’s  Monopoly Of Violence As Antidote to Terror

Fashola may be Right