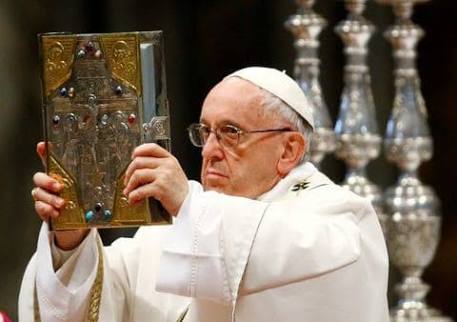 The representative of the Pope in Nigeria will lead about 50 Catholic bishops to the mass burial of two priests and parishioners, who were killed by herdsmen at Mbalon community in the Gwer East Local Government Area of Benue State on Tuesday.

Also, there will be a simultaneous celebration by Catholic Christians across the country on the burial day commencing from 10am. Also in Abuja, Christian faithful will embark on procession as a mark of solidarity with the Makurdi diocese.

The priests, Rev. Fathers Joseph Gor and Felix Tyolaha, were killed on the altar during a mass along with 17 parishioners.

The Director of Communications, Catholic Diocese of Makurdi, Rev. Father Moses Iorapuu, disclosed this to our correspondent in Makurdi on Saturday.

Iorapuu said the date of the funeral, which was chosen during the bishops’ conference in Rome, coincided with the date the anti-open grazing law was passed by the Benue State House of Assembly.

He said, “The local church here (Benue) was under attack as the bishops were in a conference in Rome; so the Pope got primary information.

“It was there the decision was taken with the local church and they fixed the burial for May 22. All the bishops agreed, the divine coincidence of this is that it was May 22, 2017 that the anti-open grazing bill was passed by the state assembly.

“Exactly after one year, this is what we have to show; the priests and many others who were killed. The bishops will be here in their numbers but what they have done is to be sure that the burial has wider coverage and wider participation.”

According to Iorapuu, all dioceses across the country have been directed to organise vigils and at 10am on Tuesday, there will be a simultaneous celebration across the country as a mark of solidarity with the Makurdi diocese over those killed.

“Some bishops will be leading ceremonies, others will be coming. The Pope’s representative in Nigeria will be present. The Abuja Archbishop, John Cardinal Onaiyekan, has also arranged that there should be a well-organised procession in Abuja,” he added.