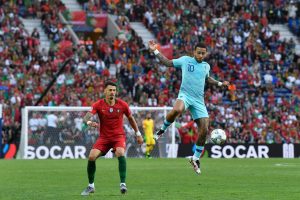 Gonçalo Guedes scored the winner early in the second half to give Portugal its first trophy since the 2016 European Championship.

Cristiano Ronaldo, coming off a hat trick in the semifinals, wasn’t much of a factor against Dutch defender Virgil van Dijk in the matchup of likely contenders for the player of the year award, but Guedes couldn’t be stopped when he hit a powerful right-footed shot from outside the area in the 60th minute at the Estádio do Dragão

Buhari has directed that 36 state capitals be connected by rail: Rotimi Amaechi