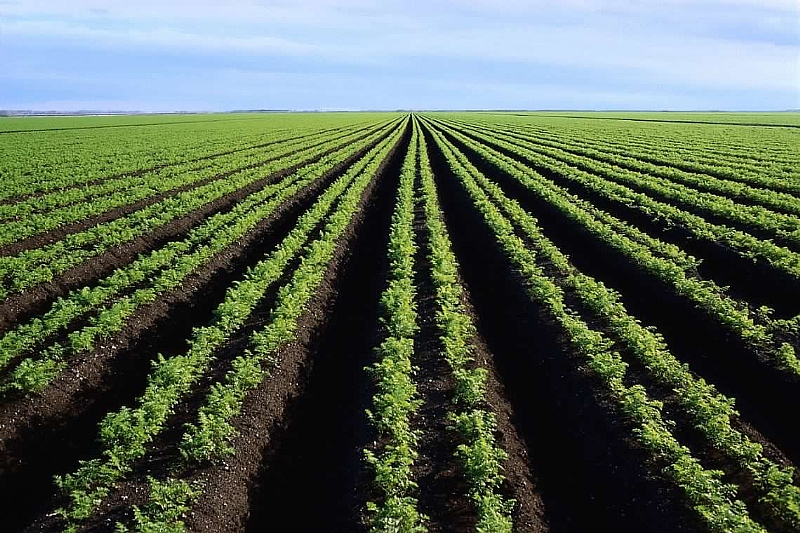 As reported in the Foresight Report (2011), the global food system will experience unprecedented confluence of pressures over the next 40 years. On the demand side, global population which is currently estimated to be about 7billion will increase to eight billion by 2030, and probably to over nine billion by 2050; this implies that an additional two billion would require food in 35 years time.

Currently the upward projection of demand for food is met with constraints of massive rural urban exodus, insecurity, international trade issues, expansion of supply by the international producers, and much more critical, climate change which continues to threaten farmers’ ability to maintain and accelerate agricultural growth, and sadly it is already shrinking the hectarage of the world’s arable land.

However, the potential for increasing production and productivity in African agriculture is huge. With abundance of land, soil nutrient, water, rainfall and sunshine, Africa has sufficient resources for agricultural prosperity that will feed the rising world population. Of the world’s surface area suitable for sustainable expansion of production, Africa has the largest share of uncultivated land, although some large areas of the continent are arid or semi arid.

The available water resources in Africa are greatly under used. Only 2-3% of renewable water resources in Africa are being used compared with 5% worldwide. On the supply side, the prospects are encouraging for increasing capital and labour devoted to agriculture as the continent is presently home to 19% of the world’s youth population, which is expected to double by 2030. This young, and largely unemployed and unskilled population could drive growth in the sector. On the demand side, forecast to reach US$1trillion by 2030 is the African regional market, growing rapidly, driven by population, income growth and urbanization. (World Bank 2013).

According to Akinkwumi Adesina, President of the African Development bank,“Africa may have the potentials in agriculture, but you cannot eat potentials”. Certainly many agree with the narrative of Africa’s potentials to feed the world, but the region is presently faced with the challenge of providing food for its teeming population and grappling to meet with an ever rising demand for food to nourish its rapidly growing urban populations, which is mostly filled with imports estimating to about US$35 billion annually, despite the vast amount of resources for efficient production. From 1990s to the 2000s, the balance of trade in Food staples was moving from deficits to surplus in Europe and Central Asia, South Asia and East Asia and the Pacific, in Africa, however the gap greatly expanded, signifying that something fundamental is missing.

A comparison of Africa’s in Total Factor Productivity growth with that of other developing regions over two decades shows that sub-Saharan Africa was lagging in the 1990s and fell even farther behind in the 2000s (Fuglie, 2015). Growth in Cereal yields in Africa consistently lagged than in all other regions, over four decades, yields in Africabarely doubled, while tripling in South Asia and increasing around six fold in East Asia and the Pacific.

Spending on Research and Development has been identified as the major factor in driving transformation of Agric-food systems around the world, a clear example is the Green revolution (1965-1985) which was boosted yields in Latin America and Asia largely surpassing agricultural productivity in Africa, this is because the high levels of investment necessary to launch and sustain the Green Revolution were impressively met; Asian countries not only invested heavily to launch their own Green Revolution, but continued to invest in Agriculture to sustain the gains that were achieved.

On average, Asian continents were spending 15.4% of their total government spending on Agriculture by 1972 which translated to about 7% of Agricultural G.D.P, and they went on to double the real value of their agricultural expenditures by 1985. These investment levels are particularly critical for agricultural research and development, where long lead times in developing new products and the continuously evolving conditions of agriculture and farming require long term commitment. (Hazell, P. B. R. 2009).

On the other hand, around the same period, over time, Agricultural spending in Africa has been generally low; considering the following metrics:

Evidence suggests that the dwindling food production was as a result low investments in Agriculture. Africa has consistently lagged behind countries in other developing regions in the quantity of public agricultural spending. Given the strong evidence that returns to investments agricultural research and development are consistently high around the world, a large sample of studies estimates rate of returns averaging 43% in developing countries and 34% in Sub Saharan Africa.

Enhancing agricultural growth requires improving Public spending in Agriculture., as investments in national and international agricultural research have demonstrated to be among the most important long term productivity growth in Sub-Saharan Africa. For example, the Consultative Group on International Agricultural Research (CGIAR) has played a major role in raising agricultural productivity in sub Saharan Africa. Spending by CGIAR in the region has generated US$6 in benefits for ever US$1 invested on research in Africa. Returns to national agricultural R&D spending have been lower, but still significant, averaging about US$3 in benefits for every US$1 spent on R&D.

National and International agricultural research efforts in Sub-Saharan Africa are complementary: countries that have made a greater national investment in agricultural research are better able to adapt to and deliver new technologies to farmers emanating from International centers. African research institutions can learn from Brazil’s Embrapa whose success is attributed to Policy choices of adequate funding, Such as high investment in human capital, effective collaboration with private sector and international research centers as well as an open information system and intellectual property rights to facilitate technology development and diffusion. (Aparajita G. & John N. 2017)

Positioning African agriculture to feed the world would mean to catalyze a shift toward a more effective, efficient, and research driven public spending in Agriculture. Boosting Agricultural productivity would require that African countries increase expenditures allotted to agriculture, develop national agricultural investment programmes with a focus to improve the efficiency and quality of expenditures aimed at transforming the sector.

The African Union's Maputo Declaration (2003) recognized that agriculture in most African countries was neglected in the public budget and set a national target for countries to increase public agricultural spending to 10 percent of total public expenditure—a target recently reiterated in its 2014 Malabo Declaration. The Maputo target is similar to what the Asian countries were spending on agriculture in during the Green Revolution (An analysis of 12 Asian countries during this period of high agricultural growth shows that these countries consistently devoted 10% of total spending to agriculture. Many factors contributed to the success of this approach but public support was the major factor). The New Partnership for Africa’s Development (NEPAD) target of spending 1 percent of agricultural GDP on research is quite similar to the level that Brazil devoted to its successful research agency, Embrapa, as well as the level of spending on research in some high-income countries.(Aparajita G. & John N. 2017)

The quantity of spending is an important refection of governments commitment to Agriculture, African governments need to follow the successes of Asia and Brazil by enhancing financial investment and committing to research driven policies and findings to inform agricultural spending and in short aligning to collective efforts aimed at accelerating productivity, for the region to harness its vast potentials and emerge as a net food producer foe the world's future generations.