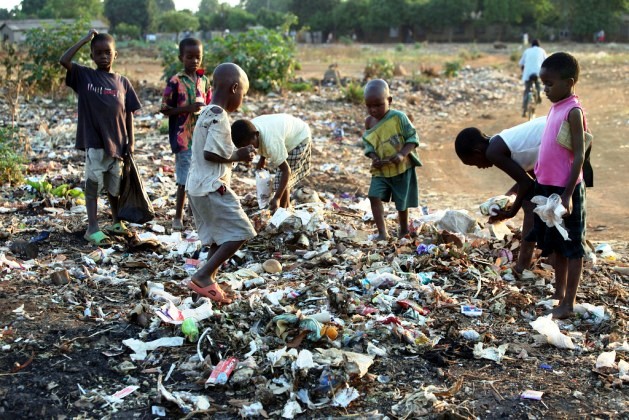 If anyone ever come to you claiming what distinguished “civilized” countries greatness is their hard work, integrity, honesty, responsibility, investment, savings, respect for the rule of law and citizen; please tell him to get off your face. Before we say we are tired of us going back to culture and history; if they take these away from you, replace them with theirs, you will patronize them for the rest of your life. You are their consumers for life!

Africa and the West Indies are their farms or plantations for gold, cocoa, sugarcane and banana republics. Ask anyone that has ever worked on their farms. By the time you pay for provisions, room and board, you end up owing these owners of the farms more than what they pay you. They will work your wife and children to pay off what you owe, and still not pay them off. Their economic logic, operation and rules are no different. Most of the folks that work from dawn to dusk are poor people on two or three low paying jobs.

One of the maxims, if it has not come to you is to check what you wake up on, drink, eat, wear, ride etc. every day and ask how many of them are produced by Africans. Even if we had been left alone before our great Empires of Ghana, Mali, Songhai, Oyo and Kanem Bornu were destroyed; if Africa’s was on crawling speed, it would still be better off than we are today. We became “enticed patrons” of their finished goods made from our resources and slave labor in the Americas. We got hooked on their finished goods.

Instead of these addicts to accept that we are hooked, we looked at fine wines, exotic food, sex and praised the tastes and qualities of these drugs with all types of accolades. Some then come back and destroy our self-worth rather than what we are hooked on. African cultures and history have some blemishes that must be corrected to adapt to the modern age and improvisation. But please point to one culture that does not have some blemishes!

We dare not speak “vernacular” in schools like “bush” boys and girls. People confuse civilization with invention. Civilization is simply the ability to live in peaceful coexistence with one another. While invention can better our lives, it can also destroy our progress and the very existence we are proud of. You ever heard about genetic engineering, robots and cyber wars on electric grid and water purification?

How could anyone, especially the victims, glorify those that rigidly monopolize and enforce weapons of mass destruction while capturing others as serfs and slaves to achieve their selfish goals be called ethical, civilized, hardworking, honest, people of integrity that respect the rule of law and citizenship? Okay youths, that was then, we are talking about now. They no longer burn our villages and capture us as we run for cover?

So what are they doing and why are we afraid to negotiate trade with them so that our finished goods can enter their markets at our own price as equal? Not at their own dictated prices. We all know that we either abide by their rules or they would bomb the hell out of us. If they are not throwing fires into villages anymore, they are throwing bombs and contaminating our environment turning them into deserts and oil polluted degradation while denying global warming!

The Chinese have joined offering more favorable terms: land grabbing for agribusiness, mining gold in Ghana and diamond in East Africa illegally with the cooperation of leaders looking away. While it is true that we cannot blame problems on outsiders or the past anymore, political and economic independence cannot be separated. Powers that give political while retaining economic independence still have their ropes around our necks.

Our “best” trained professional see all aspects of our existence from the perspective of their colonial masters. They explain African problems the ways their masters taught them. If Africans can only display more ethics, integrity, honesty, productivity, rule of law and democracy like their mentors, they opined. Most attend Oxford, London School of Economics, Harvard, Toronto and Wharton Business School.

We are still proud of our Freetown, Kumasi, Lagos Brazilian quarters and Government Reservation Areas. We saw GRA in Jamaica, Trinidad and Barbadoes, they were built exactly like those in African major cities. Africans are still proud of being the great grandchildren of slaves. Better still, if we have one drop of slave master blood in us, we are pretty with “good” hair and light skin. This is why we want to deny our past culture and history while they fight to keep and celebrate theirs with us.

See what happens if you get a small cage with a male and female mice. As they grow, produce and increase their population, increase the size of the cage by dividing them into English, German and French territories and the amount of imported food you give them. They will follow you as “imprints” like chickens, even if you replace their mothers. If you let them loose, they would fight one another for dominance and space except you.

When you bombed the hell out of them, they will cross the seas and deserts to your own territories despite Gadhafi warning to them. They call for regime change, democracy and the rule of law the way they want it but popular votes lose elections in the greatest country in the world, not once O!

So face your problems like a man, get off your drugs and go cold turkey. Imported finished goods and services will never liberate you. Your destiny is in your own hands. Until we have an African country bold enough that other black countries can look up to throughout the world, we will continue to wallow in poverty and our leaders that want to be like their colonial masters, even as great grandchildren of slaves, will continue to sell us out for pittance.

No please. The exploiters are not ethical or people of integrity that love hard work, save, invest and become more productive. They feed on the weak, the poor, working class and the ignorant. They depend and live on privileges. If it does not work out for them and their children the way they want, they bomb the hell out of you. If anything, it is the poor and the working class that work 2 or 3 jobs with little time left to think of how to get rich.

Never forget the encounter between President Reagan and Mwalimu Nyerere. Reagan said if you teach a man how to fish, he would fish forever. True. Nyerere said if the cost of one tractor in the sixties would cost one ton of cocoa from African farmers; to buy the same tractor in the seventies, it cost two tons of cocoa; in the eighties three tons of cocoa to buy the same tractor. How many cocoa farms and farmers would anyone need to buy one tractor today?

What we want today is to produce our own tractor. The TRYCTOR is a start. Africans must cut coats according to our sizes and discourage ostentatious and conspicuous spending; since consumers copied those that have never worked for euro or dollar. Any politicians bragging about foreign contracts while abandoning uncompleted ones he inherited is a rogue. Foreign contract is their ways of stealing you blind. Don’t praise them for the job they were elected to do in the first place. Why are they keen on importing foreign contractors, goods and services after half a century of Independence?

Our African cultures have been corrupted and the child has been thrown out with the bath water. We must start thinking about homemade goods and services. Enough foreign projects, tax free zones areas and foreign investment portfolio in our stock markets that look for short term gain without creating any value in the country. Money making lacks conscience and ethics. It must be discouraged. Look for those willing to commit their money to long term investments, local materials, labor with equal pay as the so called expatriates and be willing to train Africans, especially for maintenance.

Buhari Is Dying In Aso Rock

9 thoughts on “Poverty In Africa Not Rooted In Ethics”