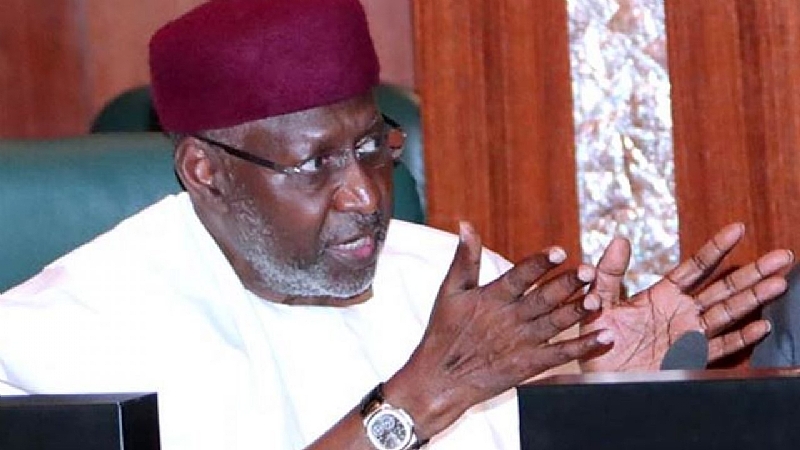 Cabals exist everywhere and at all levels of authority, tiers of government, organizational administration even at community levels. Bad commentaries and pouring invectives on the leadership at any level are to say the least, denigrating, demoralizing and demotivating. A king or monarch without a “stonewall or bulwark’’ mounted by trusted servants, aides or officials is vulnerable to attacks and all kinds of assault.

Cabals hold sway at palaces as the king is naturally protected against direct assaults and verbal duels. Even when his majesty is seated, the Prime Minister and any other authorized spokesperson speaks on his behalf and takes the heat or backlashes.

To see the king, and going by the set up at the palaces, one has to go through the several levels of gate-keeping authorities for clearance, security checks and approvals and that is why security breaches are a rarity at that level.

In big companies, conglomerates, organizations, associations and business empires, “cabals’’ in the form of Executive Management, Boards or Committees do exist. This is because some level of politics is involved in decision-making and to give teeth to the executive orders. It is commonplace to hear at that level that the “MD/CEO says or approves so and so.’’

In governance, aides appointed by the helmsman and Chief Executive are trusted and tested, who must be of phlegmatic temperament and are willing and ready to carry out tasks to the letter with the appointor’s stamp of authority. The aide(s) must be disingenuous, plucky, calm, upbeat and well-informed about developments, ready to ward off any gale-force, fend off cooked up allegations, throw lifebelt to floundering issues in consultation with his Principal.

Experientially, serving and past governors all have powerful aides with some of them later becoming governors, ministers and ambassadors. One of such is the Chief of Staff position. If the head of the cabal or kitchen cabinet had not mastered the state craft with a pedigree of astuteness, master-organizer/planner and tactician, he will stand no chance of being entrusted with power.

In Nigeria today, the man who calls the shot at the nation’s seat of power is Abba Kyari, who was appointed to that office on August 27, 2015.

According to Wikipedia, Kyari a retired Nigerian Army one-star General (Brigadier), was a military governor in the North, Commander, Nigerian Army’s 1 Brigade and Army’s Artillery. As an attestation to his stellar performance in public office as governor, he successfully implemented a master plan for Kaduna City.

He also led the Northern delegation to the 1994 National Constitutional Conference and had the singular opportunity to chair the Defence Committee. Kyari has since made a successful foray into business and politics.

Kyari, a public administrator par excellence in the eye of the public and from people’s assessment, has a lot of political and administrative savvy, aversion to media publicity, pulling himself always by his bootstraps, unperturbed and focused always on his duties, and giving no room for any distraction. A man still full of energy at his age and as highly circumspect as his Principal.

Without being immodest, those giving Kyari bashing and calling him names such as the head of a cabal at Presidency are either ignorant of his duties and roles as the head of the presidential staff and the president’s closest aide or are mischievous. For the purpose of education, the word “cabal’’ (Longman Dictionary of Contemporary English) is suggestive of a “ small group of people who make secret plans, especially in order to have political power.’’

Such plans, inter alia, are political, administrative, economic, social, security etc for the smooth and effective coordination of the Presidency and governance.

With the enormousness of his powers, duties, influence and relevance, the president, therefore, needs a “strong’’ aide in the capacity of the Chief of Staff to assist him in enhancing his capacity to deliver and discharge his gargantuan functions as president. There is no gainsaying that the President is expected to fill the position with somebody with political support, loyalty and acumen who, of course, is also sympathetic to his administration’s aims, objectives and policies.

In U.S. where we borrowed our model of presidency from, the White House consists of hundreds of people who are the president’s personal staff, trusted and loyal; most of whom are his friends or former employees.

However, in Nigeria, the sponsored hue and cry, huffing and campaign of calumny against Abba Kyari is probably as a result of his stature, enigmatic expressions and unwavering loyalty to Mr President.

He is passionate in his desire for the President’s success, for the wheel of governance to run smoothly devoid of the distraction of the 2023 succession battles. Kyari brands such distractions as a disservice to the electorate and Mr President. He is equally averse to the use of state resources by the President’s appointees to prosecute the 2023 polls, still more than three and a half years away.

Kyari’s forte is delivering next level good governance, bequeathing a legacy of electoral reform and non-imposition of candidates or “anointing’’ of a successor – wants a divine arrangement; zero tolerance for graft and malfeasance in government.

Observably since the return of Nigeria to full-blown democracy in 1999, Kyari, no doubts, has emerged the most powerful and effective Chief of Staff in Aso Rock. In politics anywhere in the world, it is trendy to hear of “demolition job’’, that is, opposition and some senior party leaders, who have an agenda to set out to do a “demolition job’’ either on the President and or the Chief of Staff.

The goal is simple: Get rid of the hard-wired CoS, the president’s master-shield and pare down or whittle down the president’s influence, powers, or the strong presidency, compromise and take advantage of its vulnerability as well as plant their own cabal to actualise the dream (2023).

Recounting our rich political history, the great sage, Chief Obafemi Awolowo, by the strength of character of his “cabal’’ at that time (trusted aides) – Ex-Govs. Adekunle Ajasin, Bola Ige, Lateef Jakande, Ambrose Alli, Bisi Onabanjo, Profs. Banji Akintoye, Bamiro etc) was able to successfully implement the free and qualitative education in the defunct Western Region of Nigeria, the first in Africa and even before our colonisers, Britain introduced free education.

A weak presidency with lily-livered aides is synonymous to a floundering presidency and government, while a strong presidency with men of courage and sangfroid will translate to a strong, effective and stable polity. A masquerade without the man behind the masquerader is nothing but a mere costume. Only the guilty and those that Prof. Wole Soyinka referred to as “corruption fighting back’’ and those positioning themselves so soon after the 2019 elections for the 2023 presidential race, are afraid of an uncompromising CoS Abba Kyari.

President Muhammadu Buhari should not push the panic button or allow himself to be stampeded into tinkering with the configuration at the power centre in the Presidency, else the “stonewall’’ will be broken down and flung open to those on the fray for rough and tumble of politics – ultimately to take over power with deftness in 2023 thereby destroying the gains and legacies of eight years of Buhari Presidency.

Every Nigerian Life Matters: A Letter to President Buhari