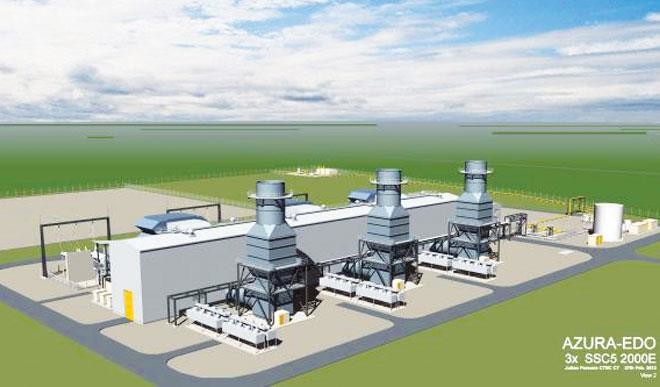 A month ahead of the planned official commissioning of its 450 megawatts (MW) capacity power generation plant, Azura Power has announced the completion of its whole plant run, indicating that all of its three turbines with a collective output of 450MW have been deployed in Nigeriaa��s national grid.

The $900 million power plant, located in Benin City, Edo State, was originally supposed to be completed by December this year, but it achieved a construction timeline cutback record of about seven months and has thus been planned for commissioning in May. The coming on grid of its three units could, however, improve the total amount of electricity available to the national grid by 450MW. Currently, Nigeria distributes an average of 4000MW to electricity consumers across the nation.

Deputy Managing Director of Azura, Edu Okeke, confirming the development, stated that 450MW of Azuraa��s power was now going to the grid. According to him, a�?a��with the successful synchronization of all three turbines to the grid, Azura and Federal Government of Nigeria’s agencies have shown confidence that the early completion and evacuation of the plant will be met. Great congratulations to all the workers that made it happena��a��, as this is a great milestone.

On December 20, 2017, Azuraa��s first turbine was synchronized to the national grid and subsequently began producing electricity for distribution across the country. After the synchronization of the first turbine, the company announced that it would undertake a four-month period of intensive commissioning of the other turbines, starting from the end of January to the beginning of March 2018.It stated then that the commissioning process will conclude at the end of April 2018, when the plant would reach full commercial operations.

Corruption: Who Will Rescue The NASS